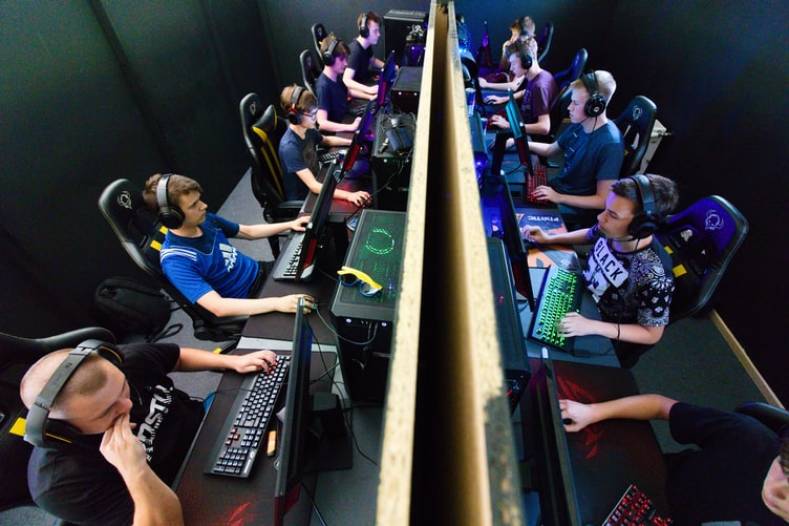 eSports has emerged as a new and lucrative category for traditional video production equipment manufacturers.

As eSports continues to rise in popularity across the world, larger, more complex tournaments and broadcasts are being produced with traditional broadcast solutions—such as high-end cameras, production switchers, video servers and audio consoles. It’s been a welcome trend as this new emerging category has boosted the bottom line of many of the major vendors serving the broadcast industry.

Calrec Audio said its audio consoles help customers produce and support engaging, immersive content for an industry that will continue to grow into the future. Variety reported that market analyst Newzoo estimates global eSports revenue would hit $1.1 billion in 2019, a 27 percent increase compared to the previous year. North America will generate about $409 million of that revenue this year, the most of any region. China and South Korea will account for about 19 percent and 6 percent of the revenue, respectively. While advertising will make up the bulk of revenue, merchandise and ticket sales are expected to grow 22 percent to nearly $104 million.

However, while the tools may be the same, the technology is used differently for these live eSports tournaments. Jeri Palumbo is a professional audio engineer (often called an “A1”) who has worked for many different broadcasters, covering a wide array of professional sports. She said she uses a Calrec Audio mixing console differently for gaming than she would for a live sports broadcast.

“Mixing for eSports is dramatically different than live sports,” Palumbo said. “There is a significant difference in the air-time between the two…but, live sports is also somewhat predictable, whereas eSports is like the Wild West. As the A1, you are tasked with figuring out a way to collect all the audio into one source.”

For one recent eSports project, she said she had 12 layers of 32 channels on a Calrec Artemis, and she layered every single element that was in the studio.

“In eSports, I often do a direct out 5.1 from the Calrec, which allows me to send a 5.1 out down one path instead of having to break it out into an individual-pack stems…for me, that’s a brilliant option,” Palumbo said.

Calrec’s range of consoles is designed to fit the requirements of any eSports event or tournament. From the smaller Brio12 to the top-of-the-range Apollo console, there is a desk for any size and complexity, with the added capability of easily expanding and networking if/when the need arises. 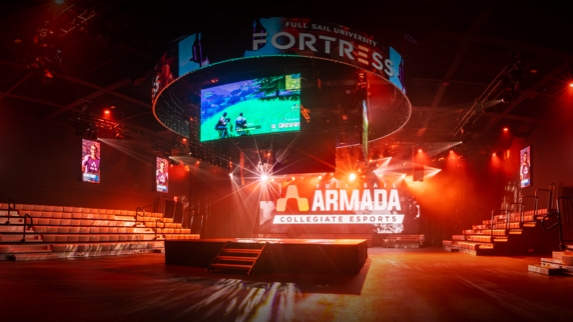 When Full Sail University unveiled its $6 million, 11,000-plus-square-foot eSports arena named “The Fortress,” (in Orlando, Florida) the school ensured it was equipped with the latest technologies and products. Included among these was Calrec’s Brio36 console outfitted with Dante I/O, MADI and Waves cards. The school has numerous Calrec consoles around the campus.

“Our workflow is unique to each game,” said Matthew Donovan, broadcast engineering manager at Riot’s West L.A. production facility. “You have to know the game, the capabilities and the limitations, and be embedded with the developers to be able to visually represent that game in an engaging way for its fans. [With Calrec,] things that were more challenging are now a lot easier to accomplish.”

“The beauty of Calrec consoles is that they are easy to figure out, especially if you have an audio background and even more so if you have previous experience with any Calrec,” he said. “Calrec is my go-to console; I know the flow, so when something is requested, I am able to deliver it fast. Those of us in the eSports world like Calrec because we know how to use it, and how the compressors and EQ respond, so we can get more creative. I’m a big Calrec fan.”

Dave Letson, vice president of sales at Calrec, said that its consoles are all equipped with broadcast-specific features that make mixing smooth and seamless.

“Automixers attenuate any number of mono inputs, allowing mic bleed and room noise to be easily controlled,” he said. “Autofaders allow for GPIO triggers from vision switchers to quickly change audio sources in fast-paced, high-action eSports productions, which constantly swap between the four to 16 competitors in any given event.”