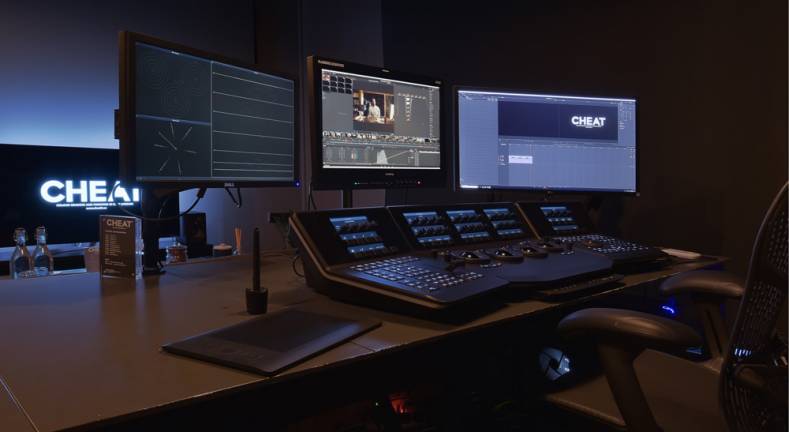 The first project to be realised through the new workflow is The End of the F***ing World season 2.

Blackmagic Design announced that facility CHEAT has continued its expansion with DaVinci Resolve Studio, adding a new HDR ready grading suite as well as a research and development lab.

The first project to be realised through the new workflow is The End of the World season 2. Returning following the critically acclaimed first season, which has been nominated for BAFTA and Primetime Emmy Awards, the grade on series two was led by CHEAT’s owner and colorist Toby Tomkins.

“Season two was a challenge because it introduced a new director, new DPs and a new production designer. It was also our first Dolby Vision grade as a facility,” says Tomkins. “There was a lot of pressure to ensure we delivered to the same high standards expected of us from our work on season one.”

While still in preproduction, CHEAT began by setting up an R&D lab to help adapt all of its proprietary film emulation look up tables, originally used in series one, for the HDR delivery on the latest season. The result was a core node tree made up of 18 components, designed to provide a cinematic base look for every shot. Grading with 4.5K rushes Tomkins then refined the base look to create a neutral palette and analog film aesthetic that stayed true to the first series.

“The software CMU in DaVinci Resolve was a lifesaver, as it meant I could simultaneously monitor dual output to see the HDR on one screen and the SDR on another, at no additional cost,” he explains. “If something didn't look right, I could quickly adjust Resolve’s trim controls to ensure the SDR grade wasn't compromised. We would have previously had to use a hardware CMU, which would have been a lot more expensive and harder to use.”

He also manually created his own render transform from the project camera source to CHEAT’s scene referred space using DaVinci Resolve, allowing the team even greater control over the final look. “The transform was flexible enough for all the lighting situations we had, and ensured there was more latitude in the HDR range if we needed to use it, while maintaining the same amount of shape in the SDR range.”