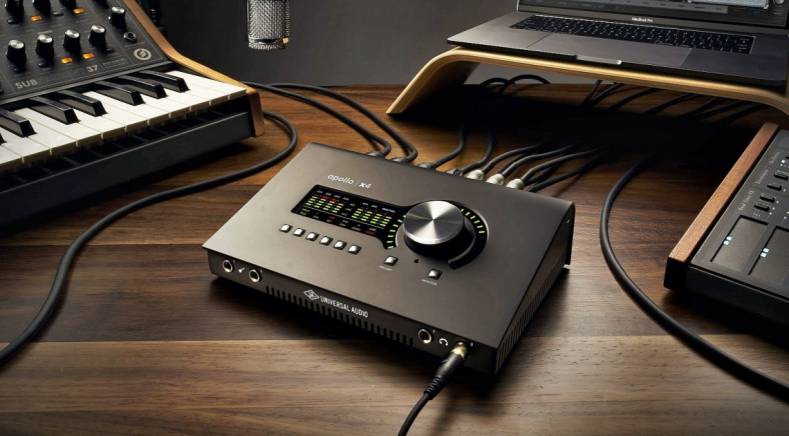 With A/D and D/A conversion inherited from the Apollo X rackmount interfaces, the new Universal Audio Apollo x4 is a desktop version that features four Unison-enabled mic preamps and Thunderbolt 3 connectivity for Mac and Windows.