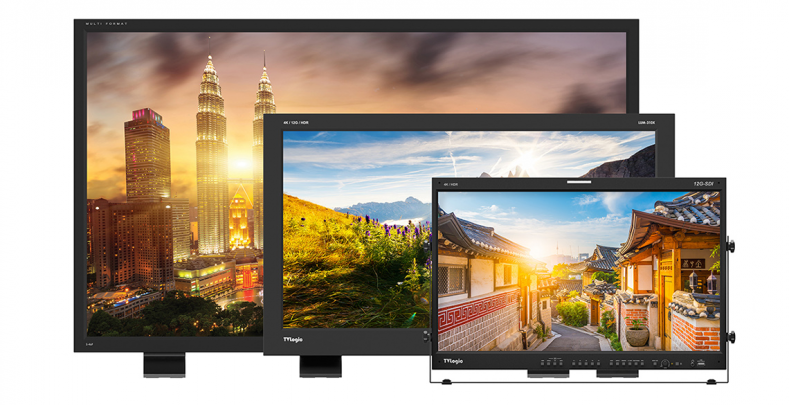 The TVLogic exhibit at IBC 2019 was filled with new monitors raising the bar on nits.

Of course, everyone visiting the TVLogic exhibit in Hall 10 of the RAI convention center was immediately drawn to the brightness level of some of their monitors. 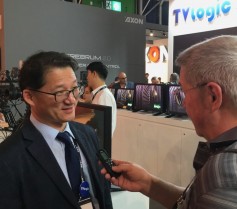 But Charlie Shin, managing director, broadcast equipment division, told me they had a lot more innovations on display.

“You really ought to look at the new F-10A, a small, lightweight 10-inch field monitor that runs with the TVLogic color engine for high fidelity color reproduction,” he began. “Since it is in a lighter aluminum case than before, it is well suited for a director to carry around as his/her viewing monitor.” 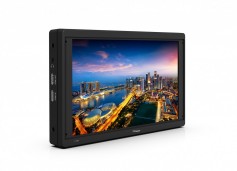 The F-10A offers HDR emulation including PQ, HLG and SLog3.

I knew Shin wanted to make sure I saw the latest products TVLogic had on display, but I was diplomatically sidling over toward the brightest bulb on the tree. 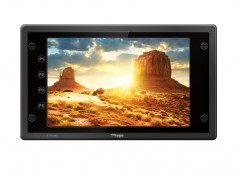 Upgraded sharpness and peaking boost functions make the F-7H mk2 easier to use for focus pullers.

A few improvements over the previous version of the same monitor include far less reflection thanks to Anti-Glare film and easier access to frequent preset modes with its front touch keys.

“The LUM-242G at 500 nits, or 1500 nits in the LUM-242H version, is an upgrade of previous models with HDR emulation,” Shin told me. “That means we can either clip the absolute peaks of the luminance or display about 90% of the brightness information of the HDR image and compress the rest.”

TVLogic had many other HD monitors on display, but Shin wanted to make sure I saw a new product that was the result of their 2018 acquisition of NextoDI—the NPS-10 portable filed back-up system with either SSD or HHD internal storage. 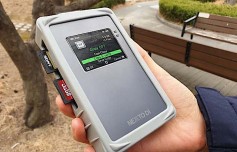 The NPS-10 can achieve maximum backup speeds of 350MB/s.

“One of the great advantages of the NPS-10 is you can use it without external power or a computer,” he said, “ which makes it ideal to take into the field.”

The NPS-10 can back-up more than a Terabyte without recharging its 2 hour batteries, and has built-in memory card slots and a USB port.