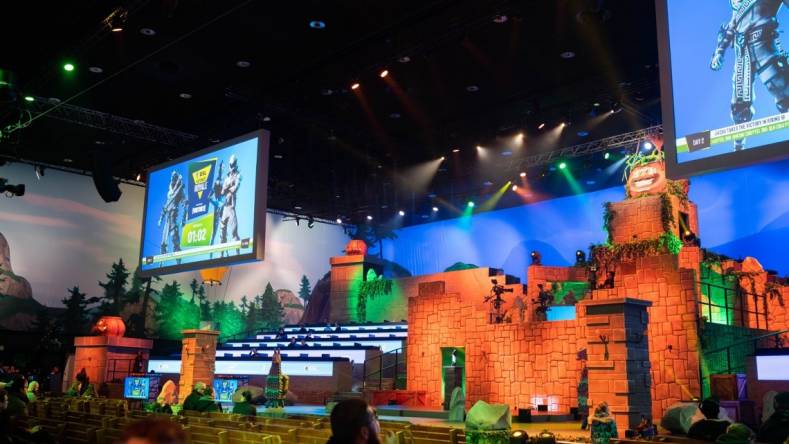 ESL, now 82% owned by Modern Times Group and founded in 2000, is one of the world’s oldest esports companies. Photo by Sean Do on Unsplash.

Sweden’s Modern Times Group (MTG) has taken the next step towards becoming a major global esports player by setting up a joint venture with leading Chinese platform for competitive gaming, Huya.

Under the deal, Huya buys a $30 million 16% stake in the ESL (formerly Electronic Sports League) brand, which is 82% owned by MTG, while at the same time ESL issues $22 million in new shares to fund the new venture.

The deal is of interest for the broadcasting and video services industry because MTG in 2015 embarked on the unusual and bold course at that time of switching from media services to gaming and esports, despite being a significant and profitable force in the former. It is only now with esports just beginning to turn a profit that the strategy looks like it might prove successful in the long run, by transferring from a saturated and possibly declining industry into a fast emerging one.

MTG has made several moves into esports but the key one came in July 2015 when it acquired 74% of Turtle Entertainment, the German based company owning the ESL brand. Then in September 2018 MTG paid €14.3 million ($16 million) to increase this to just over 82%. The Huya deal values ESL at $425 million on the strength of its presence in esports, hosting tournaments and ongoing leagues where top players and teams compete. Such games include Counter-Strike: Global Offensive, Dota 2 and Overwatch.

Until now esports has evolved largely in regional silos and China still tends to be separated from the rest of the world, but major events and leagues are becoming increasingly global. Huya had already started partnering with ESL to take its events to its Chinese streaming audience which now numbers about 320 million, but the recent deal is designed to accelerate that process. Yet while the main initial focus is on promoting and distributing ESL’s esports events and content in China, the new joint venture is pitched at becoming a strong global force over the coming years. This makes sense because while China is set for the strongest growth, esports is on course for rapid expansion in all global markets and greatest success will be achieved from events that attract a worldwide audience.

Total revenues from esports will rise from $900 million in 2018 to $5.1 billion in 2014, according to the report entitled “Esports on verge of hypergrowth to $5bn plus gambling Revenue Forecast to 2024” just published by Rethink TV, the analysis arm of Rethink Technology Research. This is comprised of six revenue categories of which the principle four will increasingly be sponsorship, advertising, media rights and tipping. The first three of these are similar to mainstream broadcasting, while the fourth is peculiar to esports generated by the more seemingly more intimate interaction between fans and players or professional whereby the former will make spontaneous donations or “tips” via the streaming platform they are viewing over.

The Rethink TV report highlights regional differences between these categories and their rates of growth, with advertising particularly strong in China where overall esports revenues will soar by 7 times from $165 million in 2018 to $1.31 billion in 2024. By then China will be closing in on North America, which is currently the biggest esports market followed by Europe and then the rest of Asia Pacific with China trailing in 4th place.

Against this background MTG has spun off most of its media interests into Nordic Entertainment, which will make almost $1.6 billion revenue in 2019. At least the financial markets have been buoyed by MTG’s deal with Huya, as its shares leapt 25% on the news after having been flat or in slight decline all year in the face of low profits from esports so far. The move not only gives MTG access to China and potential to become a world force, but also boosts the value of its events and streaming to advertisers.