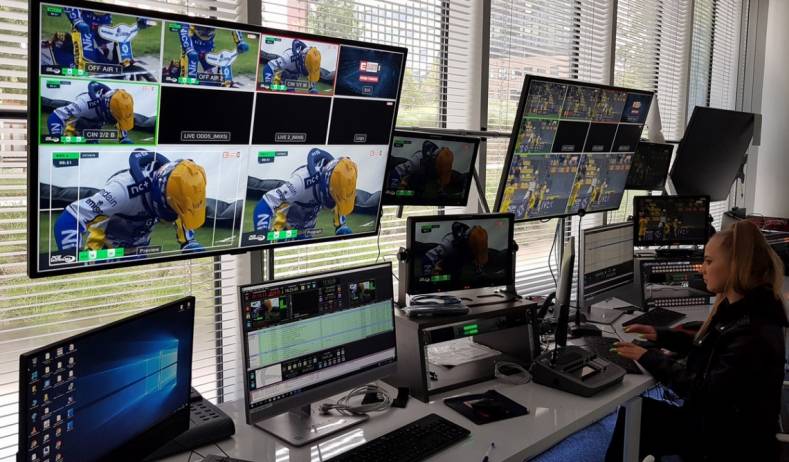 Polish sport broadcaster Eleven Sports Network is now using the Studio Technologies Model 5412 audio interface with a recently developed firmware for the intercom system used in conjunction with cameras and related controllers. The upgrade is now standard on the unit, which works with Dante audio over Ethernet (AoE) technology.

With headquarters in the UK, Eleven Sports Network covers major sporting events for audiences in Belgium and Luxembourg, Italy, Portugal, Taiwan and the US. In Poland it has the rights to several leading competitions and most recently extended it partnership with Formula 1 until 2022.

Eleven Sports Network in Poland had been using an audio mixing/distribution system on its productions but when the supplier stopped handling the product the broadcaster had to look for an alternative. It consulted Sebastian Pawlak, who runs distribution company Pawlaki Pro Audio and has been working in the professional sound business for live events and broadcasting since 1998.

Pawlaki Pro Audio represents several leading manufacturers and is a specialist in intercom with the RTS range. Pawlak looked at Studio Technologies' range of audio, video and fibre-optic products and discussed options with the company itself. This resulted in Studio Technologies making a software addition to the Model 5412 audio interface that enabled Pawlak to substitute an analogue interface being used to distribute four-wire intercom for camera set-ups. 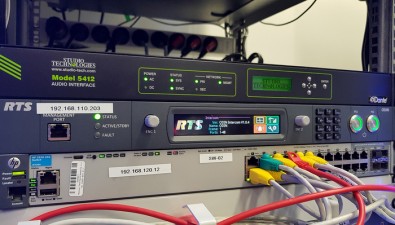 The previous unit had been used extensively by broadcasters internationally, but particularly in Poland, to mix up to eight feeds into a single output and then send one return signal to eight destinations. "It was a widely used tool in this region, especially in outside broadcast vehicle applications," explains Pawlak. "Suddenly, the manufacturer's product was no longer available, which presented us with a problem. Most intercom systems we offer provide digital audio transport over Ethernet, so we asked Studio Technologies if they had a compatible product. They made a few software changes to the Dante-connected Model 5412 and it ended up doing more than we expected, providing the necessary features along with the flexibility to select just the number of channels required."