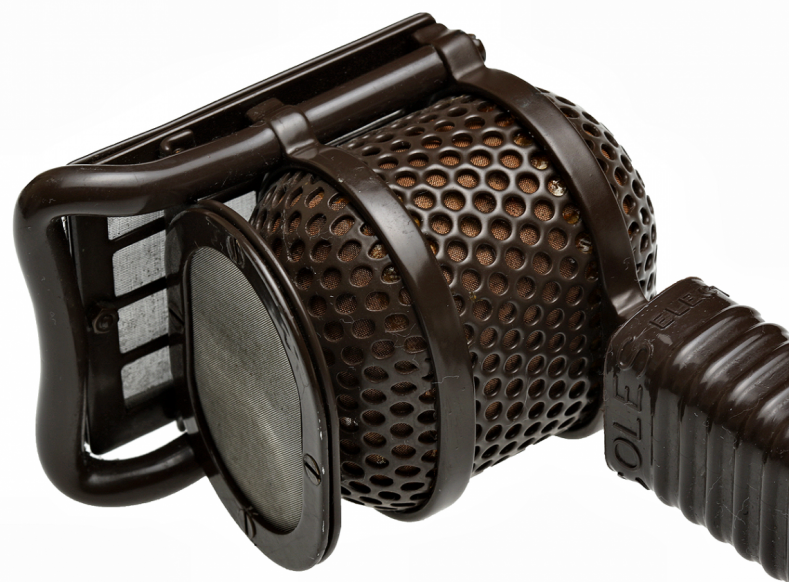 In this age of the information entrepreneur, the mobile recording and distribution of spoken word audio has dramatically increased. This has led to a proliferation of small studios for voice recording and to the construction of tiny sound booths in offices and homes. But how does one do successful voice recording in loud, noisy uncontrollable environments?

From news reporters covering a forest fire in a noisy helicopter to commentators narrating an earsplitting stock car race, there is a microphone that can make the human voice sound good in virtually any environment. It's called the Coles 4104 Commentator's Ribbon Microphone (a/k/a “the lip mic”).

Designed by D.E.L. Shorter and H.D. Harwood of the British Broadcasting Corp. (BBC) in the mid-1950s, the lip mic was designed to deliver broadcast quality speech while rejecting a high level of background noise. This oddball microphone has been in constant production ever since its introduction more than 60 years ago by British STC.

Today, Britain's Coles Electroacoustics manufactures it as the Model 4104 along with another Shorter/Harwood-designed classic, the Model 4038 studio ribbon microphone.

Since it’s development, the 4104 has emerged as a proven design and been used by such broadcasting networks as the BBC, NBC, CBS and ABC in difficult acoustic situations. NBC’s Lester Holt even drew a comedian's jokes when using a lip mic on a high profile broadcast from Nelson Mandela’s memorial service in 2013. 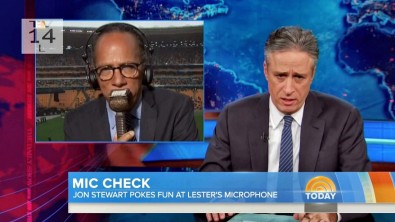 The lip mic is not unduly affected by wind noise and can be used with air stream velocities of up to 20mph without a notable difference in speech quality. With the use of a simple windshield attachment, good quality speech reproduction can also be achieved in winds ranging up to 40mph or more.

The polar response is effectively bi-directional allowing one or more commentators to make clear individual commentary close side by side without interference from mutual crossover talk. The mic offers better than 30dB average discrimination between voice and background noise while maintaining a ribbon microphone’s classic rich, natural quality to human speech. 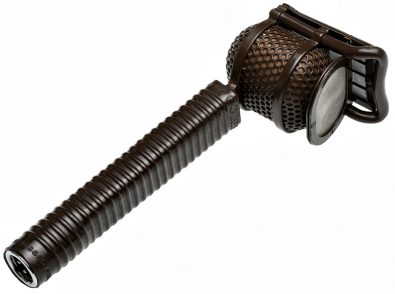 The lip microphone features a flat frequency response with a low-cut roll-off at 16 Hz. This eliminates low frequency ambient noise and proximity effect. In order to minimize noise and achieve the best frequency response, the mic requires the user to position it close to the mouth. A positioning bar makes contact with the user's lip and creates the correct talking distance between the user and microphone.

Stainless steel breath shields protect the capsule against moisture and noise due to sibilance and plosive sounds. A removable, plastic hygiene shield is available and can be cleaned for reuse or thrown away.

I tested a 4104 under a variety of conditions in boisterous New York City, where the urban soundscape consists of piercing sirens, jackhammers and honking horns. I wanted to see if the microphone was good enough as a makeshift “audio booth” in a sea of blasting noise.

I first tried it in a sonically untreated apartment with the windows closed and air conditioning off. Then I tried it with a window air conditioner on and the windows open to strong outside street noise. In both cases, the voice quality was excellent. In fact, I could tell no difference in the audio from the two scenarios.

Next, I used the 4104 to record narration in the back of a New York City taxi cab in Times Square. Again, the loud background noise was barely perceptible. The amount of noise reduction was surprising, especially because frequency response was not sacrificed.

On the digital recordings I made into a portable audio recorder, the microphone delivered good mid and low end, but didn’t have a lot of high end. A bit of EQ helped resolve that. For as close as the mic was to the mouth, the plosives were negligible. In my case, there were no p-pops, clicks or mouth noises at all. 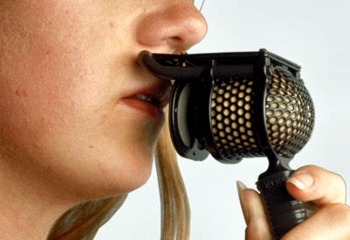 Though the 4104 is clearly a good alternative to recording voices in loud environments, it's not quite microphone nirvana. Some might find its “on your mouth” design a bit clumsy when reading copy. It's nicknamed the “lip mic” because the user places the mic's metal positioning bar across the upper lip. This placement, however annoying, is a must for good sound quality.

In essence, the 4104 is a pressure gradient ribbon design with a high degree of acoustic damping. It offers a flat frequency response (60 Hz to 12,000 Hz) at the controlled talking distance and is supposed to be completely free from breath noises. I say “supposed" because we've heard there are cases where certain voices -- mostly those of women -- have a tendency to pop when using the mic. A pre-purchase test of this microphone is a good idea to see how it sounds on the voice to be used with it.

The ribbon mic element is housed in a brass perforated case with nose and mouth screens made of stainless steel woven mesh. Weighing 10 ounces, the mic is handheld using a PVC-covered handle with an XLR connector embedded in the end.

Though the Coles 4104 is a child of the 1950s, it remains a valuable tool for on-location mobile audio. There is a good reason it is still used by news organizations throughout the world.