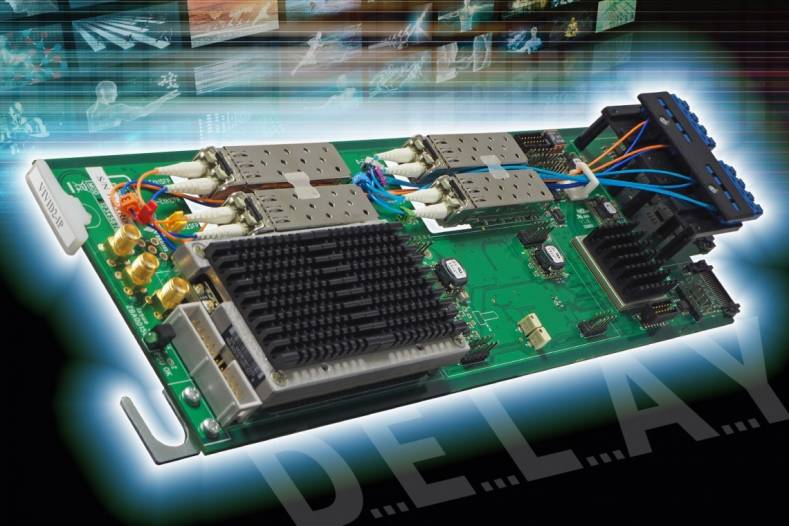 The updates are for its MARBLE-V1 media processor hardware and offer functionality such as video delay, colour correction and IP to IP processing with different versions available in an IP, SDI or mixed SDI/IP environment.

Half of the sixteen software apps being launched at IBC are video delays. These are available with different numbers of channels (single or dual) and delay lengths as well as either SDI, IP or both SDI and IP connectivity and all include a framestore synchroniser allowing engineers to delay and synchronise at the same time.

Finally, the single channel VIVID1-SDI and dual channel VIVID2-SDI introduce an SDI video delay to the Vision frame system for the first time while offering an upgrade path to IP and a lower price than the Indigo frame versions.

The other eight software apps making their debut at IBC are color correctors for manipulating colors to correct for camera or lighting problems or to standardise pictures shot at different times. They are also available in single and dual channel versions and with either SDI, IP or both SDI and IP connectivity.

All eight apps offer a range of color correction tools including RGB gain, RGB lift, YUV gain, YUV lift, Video gain, Chroma gain, Chroma hue and both overall and individual RGB Gamma adjustment, while they also include a legaliser. Uses for the apps include adjusting the colors on in-shot monitors, being placed before an encoder to set the range of colors to be transmitted and the correction of computer-generated or post production outputs.

Other products on the Crystal Vision stand will include the new Cleanit video and audio profanity delay system, which allows a live content stream to be delayed by up to 20 seconds (in HD), giving the operator time to react and prevent the broadcast of unwanted or offensive video or audio material.