The school has already used the HC5000 cameras for men's/women's basketball coverage.

To support the launch of the new ACC Television Network in August, one of its conference schools—the University of Miami (Coral Gables, FL)—has purchased five Panasonic AK-HC5000 HD HDR-capable broadcast camera systems in full studio configuration. When the new TV network (a partnership with ESPN) premieres, it will feature 450 exclusive live events annually, with 900 more to be distributed on the online-only ACC Network Extra. So, those sports images have to look good.

Drew Thomas, Director of Production Services-Athletics at the University of Miami, said the new HD camera investment is part of the school’s upgrade of its control room in anticipation of working with other schools participating in the ACC Television Network. He said the Athletics department invested in the HC5000 camera specifically due to its high-speed (240fps) acquisition capability and its competitive cost. 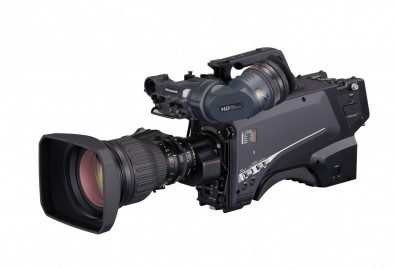 The Panasonic AK-HC5000 will be used to cover up to 120 sporting events, with a minimum of 15 of these to be broadcast on the ACC Network.

In the coming school year, Thomas anticipates that he will use the HD cameras (at 720p) to cover up to 120 sporting events, with a minimum of 15 of these seen on linear broadcasts on the ACC Network. All of the sports venues on campus are connected by fiber to the master control room located in the Hecht Athletic Center.