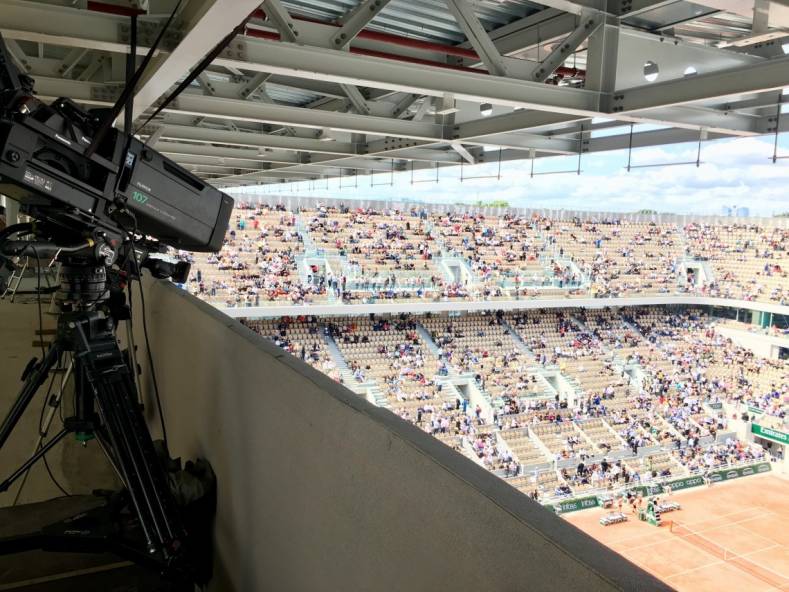 They chose instead to include Large Single Sensor Internal Expansion Lens (LSSIEL) optics in the form of a 4.4K window on a single 35mm imager that produces more than 2000 TV lines of resolution (both horizontal and vertical), better dynamic range and S/N ratio (62dB). The Internal Expansion Optics protects the large inventory of 2/3-inch “B4” mount lenses in the field, expanding the 2/3-inch optical imaging to fill the larger imager, making operation of the camera equivalent to a standard 2/3-inch three chip camera.

“One of the conundrums of moving to a higher resolution acquisition is that that if you are acquiring in 4K, you are fitting four pixels in every space where you used to have just one to get that higher resolution,” said Michael Bergeron, Product Manager for Studio/Systems Cameras at Panasonic. “So you're making each pixel approximately a quarter of the size they are in HD.

“In general, the camera’s internal photosite works like a bucket collecting drops of rain, but it’s collecting photons,” he said, adding that a small photosite also makes it more difficult to deliver HDR out of the camera. “So the smaller the bucket, the less light it’s going to capture and therefore it’s going to be less sensitive. So, you get better resolution but less sensitivity.” 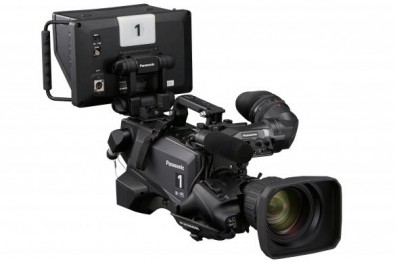 The AK-UC4000 can be used handheld or built up as a full 4K UHD studio camera.

And also, because that photosite is smaller, it saturates quicker. We’ve experienced all the issues with smaller pixels on a handheld 1/3-inch 1080p HD chip; a 4K 2/3-inch chip winds up having the same size pixels as a HD 1/3-inch chip. Those smaller pixels on the 1/3-inch chip can also cause problems with lens diffraction. As you close the iris, the camera gets soft. For broadcasters and live production companies, that’s not ideal.

“With all else being equal, when you make the pixels smaller, you are going to reduce the sensitivity and dynamic range of the camera,” Bergeron said. “And if you move to three 4K UHD 2/3-inch chips in a prism, you’re going to have the same issue. Also, manufacturing 4K 2/3-inch chips is difficult and expensive.”

[With large imager cameras with a Super 35mm or regular 35mm chip, these issues are reduced because while they are adding more pixels, they are also using a larger imager.]

So, what they did in the AK-UC4000 is that, instead of going with a three-chip prism block, they chose to use a large single cinematography-type imager (4.4K chip) and internal resizing optics that acts as a relay. That takes the 2/3-inch image coming off the back of the lens and blows it up to fill up a large imager.  This gives users a lot of the tools cinematographers use, like a larger color pallet and higher dynamic range. But because you’ve resized it, you can still use 2/3-inch lenses, even experiencing about the same depth of field.

“From an operator’s perspective, they have no idea that the camera is operating in a different way,” Bergeron said. “It all looks and feels the same as with an HD camera. But it’s 4K UHD and better dynamic range that you would get by simply including three 2/3-inch chips with more resolution.”

Another problem that the camera addresses is moiré patterns in the image when shooting against a set populated with LED screens. Bergeron said that one of the advantages that the AK-UC4000 in terms of reducing moiré is that the imager itself is technically 4.4K, so it’s oversampled.

“You’re filtering out some of the high frequencies optically, not electronically,” he said. “That helps make it more tolerant against moiré artifacts. 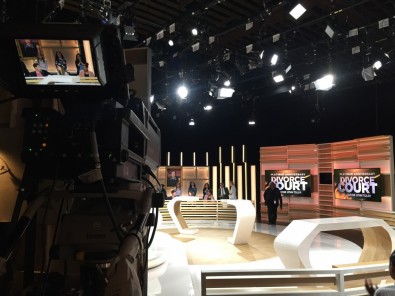 Acquisition frame rates include 2X, 3X and 4X regular speed. In HD mode at 4X the base station provides four 60 fps outputs, which can be delivered to a playback server. The server stitches the interleaved signals together and footage is then played back as a pristine 60p HD slow-motion replay.

The AK-UC4000 is often used in HD (1080-p/60 fps) mode, which has made it popular with rental companies across the country that can send it out for 4K projects one day and HD the next. There’s no license to buy, it’s just a flip of a menu switch. Thus far, rental/staging companies like Clark Media, Fuse, Freeman, Hartford Technology Rentals, Rentex, and TV Pro Gear have taken delivery.

Making the camera more useful, Panasonic has recently added, via firmware upgrade, a cinematic look and post workflow with a V-Log output—a Netflix Post Alliance preferred postproduction workflow. V-Log delivers a very flat image (if observed on a standard monitor) while maintaining all of the camera imager’s color and contrast information. This means that there is a greater level of play when images are put through post-production processes. The sensor of the AK-UC4000 achieves a wide color gamut (which is the complete color space of the camera) and achieves a color palette that is wider than BT.2020. Panasonic said that recorded V-Log content has log characteristics that are somewhat reminiscent of scanned film, and V-Gamut delivers a color space even larger than scanned film, as is the case with VariCam.

The camera comes with two Intercom channels on board, monitor (return video), tally and other features found in higher end studio cameras. There are also serial data trunks for mounting it on a jib and an IP trunk (a LAN port) so users can pick that signal up at the CCU, allowing it to be controlled remotely. This port can also be used to power and receive video from a second camera, like a PTZ camera, directly from the first camera.

“We believe the AK-UC4000 has the cleanest signal, in terms of low noise of any 4K camera on the market due to large photosites and oversampling inside the camera,” Bergeron said. “It’s also got the best dynamic range [of any 2/3-inch optics 4K UHD camera]. Seeing is believing.”