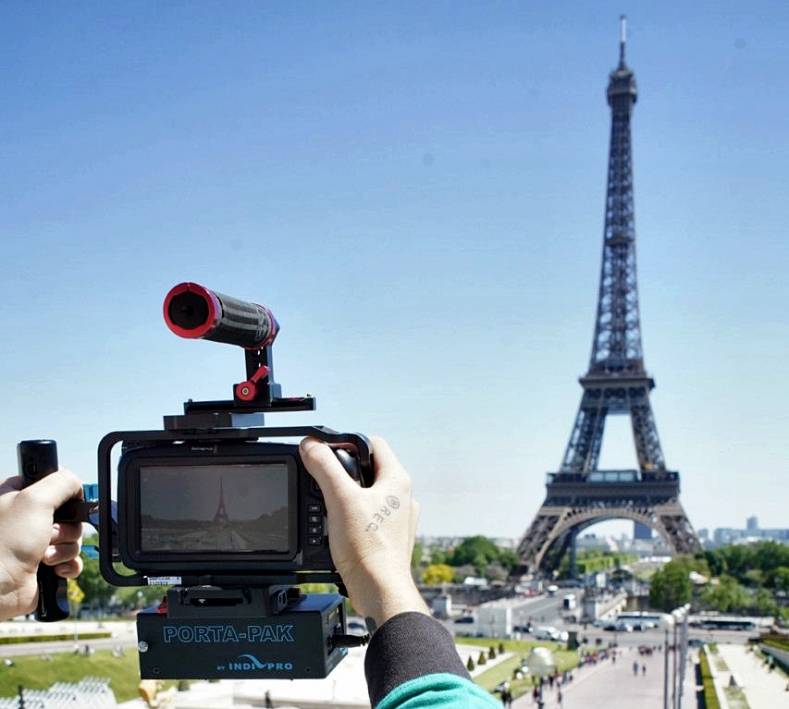 Indipro Tools is showing its new Porta-Pak battery, which enables DSLR and pro-video users to power up their camera and accessories using one compact power source.

This lightweight, external adapter enclosure is made of lightweight aluminum and allows the Porta-Pak to be inserted and locked or swapped into a variety of mounting configurations without having to remove the enclosure. The included small, lightweight charger supports 90-240 VAC worldwide input voltage and provides a quick 2A current charge via a 2.5-mm DC plug on one end and a U.S. wall plug on the other.

Also new to Cine Gear are two Micro-Series batteries, a 98Wh and 150Wh model, both V-Mount Li-Ion RED-compatible batteries. Containing one of the industry’s top battery cells, the Micro-Series RED batteries can communicate detailed battery information to RED DSMC and DSMC2 cameras, which is then displayed in the viewfinder.

Indipro’s NITRO SDI splitter and power distribution box features a single input and dual outputs, capable of splitting one SDI signal into two identical outputs, which can be displayed on two devices, simultaneously.