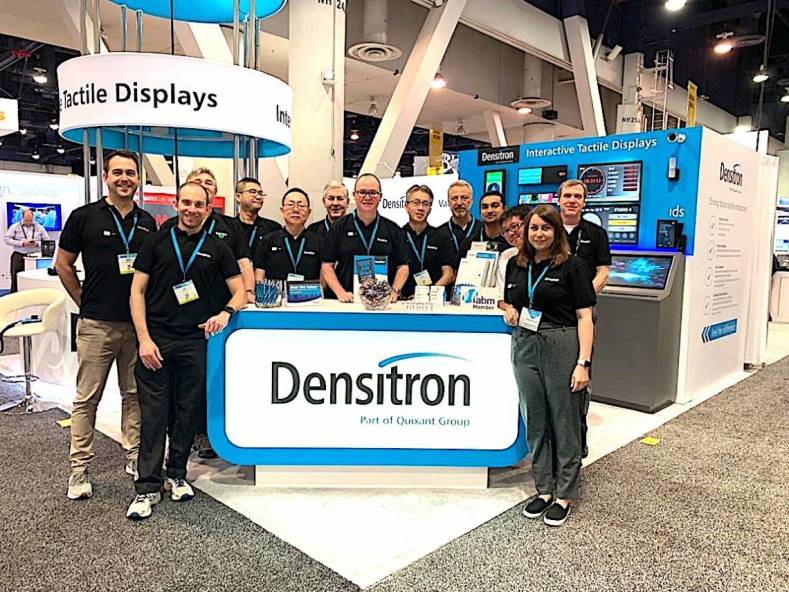 The Densitron crew is putting their concept of haptic feedback to work in their own new monitors.

Densitron is taking its philosophy of “thinking out of the box” from supplying components to creating its own products at the NAB Show 2019, each utilizing Densitron’s own unique control concepts.

“Densitron has embarked on a long term strategy we call ‘HMI excellence’ as we call it,” Martyn Gates, director of product development at Densitron told me during our 1:1 interview at their NAB 2019 exhibit, “but for us, ‘HMI’ stands for ‘Human Machine Interaction’ rather than just ‘Human Machine Interface’.” 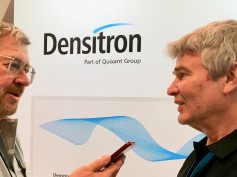 I’d seen harbingers of this evolution at previous shows, and was well prepared to finally see the concept in full bloom.

“In an increasingly complex world of technology, and in the midst of the rise of Artificial intelligence, we think more consideration needs to be given to the way broadcast technicians and engineers engage with their equipment through their sense of touch, including pressure, vibration, motion and position.”

What Gates and his team at Densitron is referring to is nothing less than making the human-machine interaction more, well, “human” by taking into account the way people actually interface with the world around them through touch, the concept called “haptic”.

“Haptic”: relating to the perception and manipulation of objects using the senses of touch and proprioception. (Oxford University Press)

That is why Densitron has been specializing in developing membrane surfaces that can overlay touchscreen panels to provide physical feedback such as vibration when they are accessed by your fingers or hands.

But that is not to deny the necessary role of physical switches when needed.

“Densitron is committed to a hybrid approach to bespoke control surfaces,” Gates said. “With something like a rotary knob on top of a touch screen, you get the tactile feeling of torque in addition to the feedback from the haptic surface. This kind of hybrid control gives you modular options.”

Gates admits that mechanical switches have the advantage of being reliable and cheap, and they can be quieter than the buzzing of a vibrating surface on a silent set.

“A physical switch has optical properties as well as mechanical,” Gates said, “so you can actually see that it has been thrown. We feel there will always be a need for a combination of human-machine interfaces.”

To exemplify this approach in action, Densitron brought several of its own display technologies to the NAB Show 2019.

These displays are designed to be easy for customers to implement into their high-end applications.

The 2U All Screen Design Display is a new touchscreen with 1920 x 285 resolution for control systems, picture editing and signal monitoring.

It features an all-round viewing angle and 24-bit colour depth.

Mechanical touch buttons give users the option to design dynamic button interfaces for any display modules.

Also new at NAB 2019 is a 21.5-inch 2K Display., a touchscreen featuring a wide viewing angle for integration with audio and video mixing consoles.

It boasts features such as mechanical touch buttons integrated with PCT touch technology. 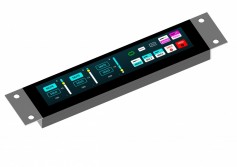 We also saw Densitron's UReady, a unique display with a resolution of 1440 X 240 in a 1U (40mm) height that gives the highest resolution available in this size category. 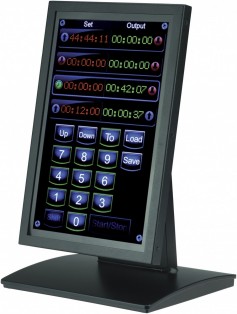 Martyn Gates also gave a special presentation available to all NAB conference delegates, ‘Touching the Void: Broadcast applications for tactile and virtual HMI’, on Thursday 11th April at 11:00 AM in the North Hall Meeting Room N260.