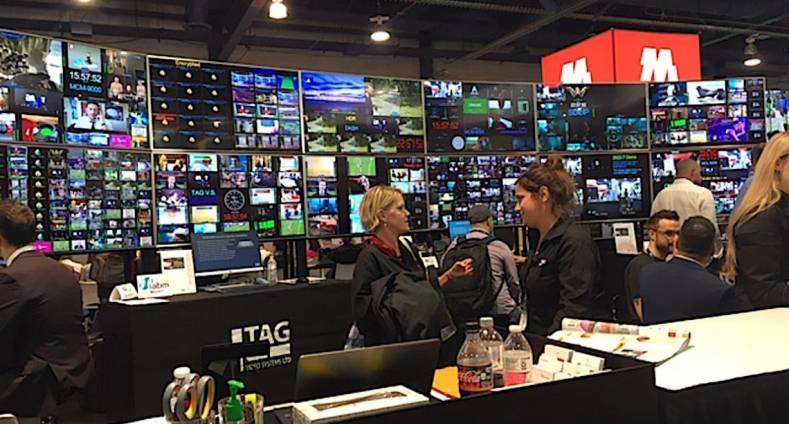 TAG V.S. presented their software-only MCM-9000 all IP-based UHD Multiviewer and Monitoring platform at the NAB Show 2019 that is completely contained on a Dongle running Linux.

The major introduction from TAG V.S. at the NAB Show 2019 could fit in your pocket, yet it might change the way we are going to think about Multiviewers in the future.

That’s because their MCM-9000 is a software only product--actually a Dongle equipped with a reliable and stable Linux kernel. By plugging it in, your COTS (Commercial Off The Shelf) server with sufficient capabilities becomes an all IP-based UHD Multiviewer and Monitoring platform, supporting compressed, uncompressed and OTT, including HLS (HTTP Live Streaming) and MPEG-DASH (Dynamic Adaptive Streaming over HTTP). 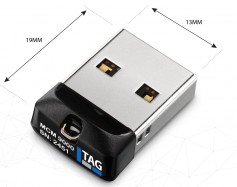 It does this while being uniquely optimized to address the SMPTE ST-2110 and ST-2022-6/7 standards in HD and UHD, all on the same platform.

All of this sounds pretty advanced, and since my research had told me that TAG was the first to address the implementation of uncompressed UHD SMPTE ST-2110 output, I was very grateful that TAG’s vp of professional services, Pinky Maron, took some time on the upper floor of the South Hall (with a subsequent follow-up call from Tel Aviv) to provide some clarification. Maron told me the MCM-9000 has always been an IP software-based Multiviewer product.

"It started by supporting IP MPEG2-TS (Transport Stream) for MPEG-2/4 and HEVC encoded sources for satellite and cable monitoring purposes,” he began.

“Later, for the OTT market we added HLS and MPEG-DASH capability, and then to bring it into the production and post-production market we gave it the ability to handle uncompressed SMPTE ST-2022-6 and 2110 SDI over IP signals.”

The Tally/UMD's can be custom configured for any production application.

“When crosspoint cuts have to be monitored, these Tally indications and UMDs tell you where the signal is coming from and what its status is,” Maron said.

For the first time in the U. S., TAG was demonstrating the extremely low 2 frame latency of this Multiviewer. That is accomplished by some proprietary secret sauce, as you can imagine, but Maron would go far enough to tell me it involves the correct pacing of the packets in each stream, and the synchronization of all sources. However they do it, achieving a 2 frame latency using IP transport is quite a feat.

But what struck me as especially clever is that the MCM-9000 uses a dual network architecture to support the ST-2022-7 redundancy standard to monitor and insure against signal loss.

“In ST-2110 there are multiple streams for the audio and video,” Maron described. “To achieve redundancy, the streams are simultaneously available on two identical synchronized Networks at the inputs of the Multiviewer. Using the SMPTE ST 2022-7 standard, the Multiviewer Insures the availability of the Image on the screen In case of an Issue with either of the Networks, while also alarming for the malfunction in the Networks.”

I’m going to admit this was a lot to digest, especially when I realized all these features could be bestowed upon any COTS server with sufficient capabilities by simply connecting that deceptively innocent looking Dongle.

Verily it is true that amazing things come in tiny packages.