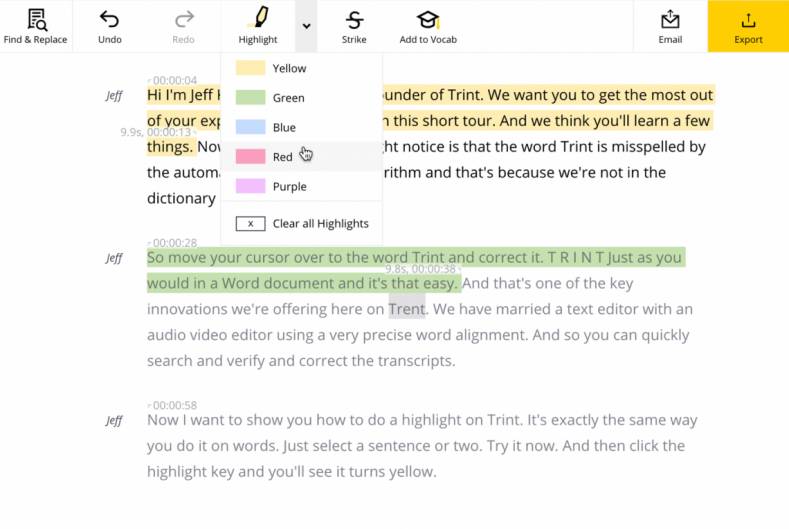 Launched in 2016, Trint is an automated transcription service that has been recently upgraded to allow news editors and producers in different locations to share script annotations in real time and seamlessly work on the same transcript—as if they were in the same room. This, the company said allows video editors to work faster, smarter, and more efficiently.

The Web-based service combines a text editor with an audio/video player that are supported by artificial intelligence (AI) algorithms that can be used to quickly generate transcripts of recorded audio. Developed by Jeff Kofman, Trint CEO and co-founder and a veteran war correspondent with ABC and CBS News, the underlying software was developed to streamline the process for transcribing vide interview. Kofman said that and estimates he manually transcribed thousands of hours of interviews during his time as a journalist.

Since its launch, more than 250,000 users have transcribed and edited over 1.5 million audio/video files using Trint. The company’s enterprise and team clients include the video production teams from NowThis Media and “America's Test Kitchen.”

With Trint’s new collaboration tools, video-editing teams of any size can use the platform to simultaneously edit Trint’s machine-generated transcripts in minutes. Noting that the new features transform Trint transcripts into a “shared doc for the spoken word,” Kofman said colleagues on could now leave a comment in a transcript about important sound bites and highlight the most valuable parts of a transcript. Transcripts can then be easily exported into a variety of formats for audio and video editing and captioning.

Kofman said Trint will be developing and launching more tools that streamline editing and production workflows in the coming months.

By combining a text editor and an audio/video player into one easy-to-use platform, Trint said it is addressing the management of recorded content in 13 languages with a suite of features that includes multi-user editing of transcripts, recorded and transcribed phone calls with its iOS app, instant search of recorded content, and seamless enterprise workflow integration.