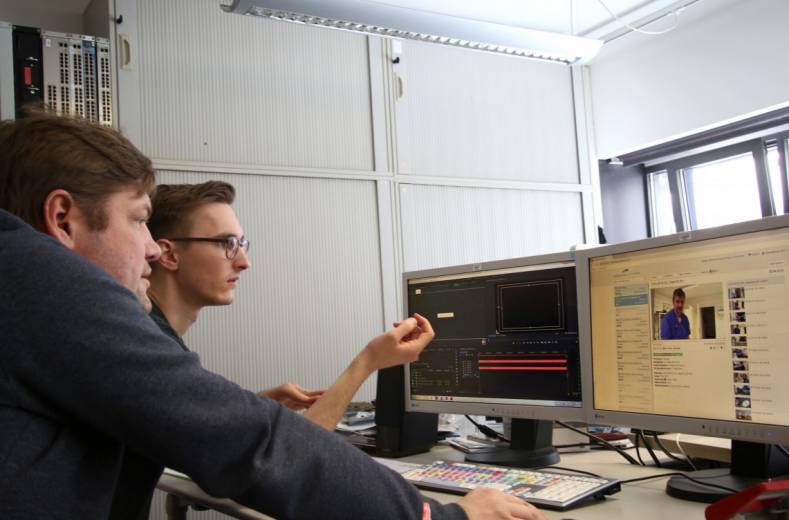 Medialoopster software optimizes the cross-location production of social media videos at Germany’s foreign broadcaster in 30 languages, with employees from 60 nations.

Deutsche Welle (DW) reaches around 162 million people worldwide in 30 languages. From Amharic to Urdu, 24 hours a day - via television, radio, Internet and social media. 'Made for minds' is not only their motto, but also their claim.

In Germany, DW produces its programme content in Berlin and Bonn. Every day, over 200 hours of video material with the corresponding metadata are received here via various ingest channels. Since 2018, DW has been using the MAM of medialoopster at both editorial oﬃces to manage HD video content.

To prepare the Hi Res cut, journalists can make a rough cut at their oﬃce workstation in advance with the help of the medialoopster Rough Cut Editor, based on HTML5. This measure can “signiﬁcantly reduce” editing times with Adobe Premiere Pro. Using the integrated medialoopster panel (plugin), journalists are also able to directly access the content managed by the MAM from 80 Premiere Pro stations. When the clip is exported, all metadata is taken from the source material because it is immediately returned to medialoopster. The metadata cycle is thus closed and traceable.

With an integration of the workﬂow and project management tools Helmut FX and Helmut IO, further workﬂows could be integrated with each other. Helmut IO oﬀers the possibility to transfer video content with metadata directly to medialoopster. The same applies to Adobe Premiere Pro projects created by Helmut FX, which can now be addressed directly to medialoopster. The projects are then managed by the MAM and monitored by the DW administrators. Helmut FX and IO use the open interface (REST-API) of medialoopster for this workﬂow.

The medialoopster REST-API is also used for the interaction between the MAM and the OpenMedia editorial system. A separate middleware was created to transfer the metadata to OpenMedia in deﬁned time intervals in a predeﬁned XML schema. In the course of this data transfer, medialoopster's own XML processor is used, which simpliﬁes the import and export of metadata to and from the MAM on the basis of an XSL transformation.

Fabian Hoﬀmann, Project Manager at DW, says, "Medialoopster makes a signiﬁcant contribution to standardizing and accelerating cross-location collaboration and production processes. Recurring work steps to make our content usable for social media channels, e.g. adaptation into several languages, have been greatly simpliﬁed. Once you understand the "medialoopster" principle, it's easy to install and conﬁgure. This enables us to react quickly to new user requirements. nachtblau is the right partner and medialoopster is the right tool for this purpose".