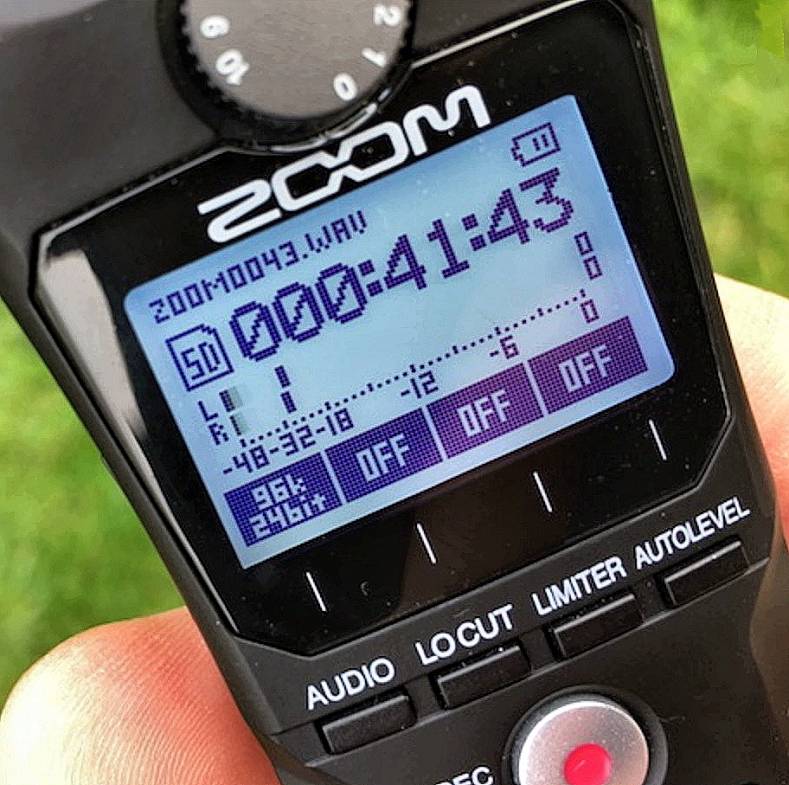 The tiny Zoom F6, with six XLR independent inputs with a stereo feed, has the same preamps and time code features as Zoom F8n. In addition to running on four AA batteries, it can run on USB power and Sony L-Series batteries. The L-Series, about the same width as the recorder, powers it for 12 hours.

The revolutionary electronics lie under the hood. With a dual A/D converter, the recorder acquires far greater dynamic range. Zoom said it is impossible to clip the preamps. The microphone will clip before with the dual A/D converter.

The big breakthrough, however, is the 32-bit floating point file. Traditional 24-bit files have been the standard for a long time and have excellent quality. But there is a major negative: 24-bit records high volumes at much better quality than low volumes.

Zoom cited an example of someone talking very loudly into a shotgun mic and then going quickly to a whisper. What does the sound operator do? They either have to turn the gain up quickly or completely lose the audio. 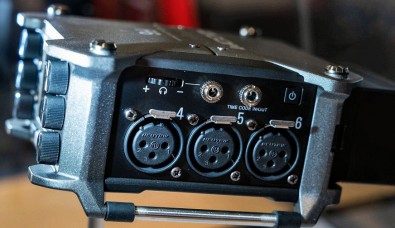 With the 32-bit floating point file, the entire dynamic spectrum is recorded at the same quality no matter the gain setting. Zoom said that when using 32 bits, the operator doesn’t need to set gain at all.

On the F6’s front panel are six knobs that appear to be gain controls. They are, in fact, faders. The mixer/recorder has no gain controls at all. For 32-bit files, Zoom said gain control is irrelevant. No matter what the gain is set to, users get the same sound quality at the end.

All files are recorded post fader. Zoom said if the operator turns the fader down on all the inputs and records six mics, the recording will be fine.

“When you load those files into a DAW, you won't see anything until you normalize,” said a Zoom spokesman. “Then you will get the same audio you would have if you had the faders turned up. As long as you have mic or line level set correctly on the dual A/D converter to make sure nothing flips, unity gain is applied to the 32-bit file. It does not matter where that fader is set. It is like a RAW image.”

The F6 can record both 32 and 24-bit files simultaneously or separates onto an SD card.

Zoom said the new recorder will be available in June. In May, the company said, it will announce more details and a price.