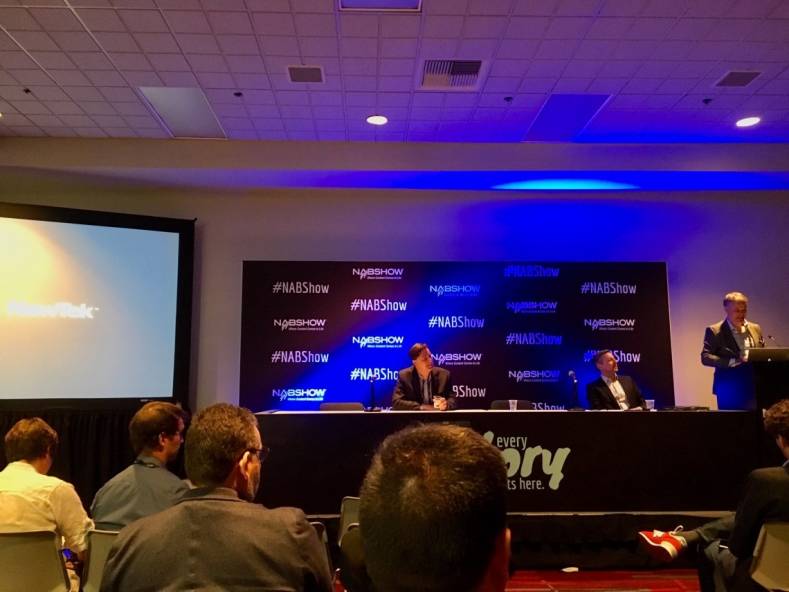 While Sunday’s Vizrt press conference revealed new technologies from the company, the topic on most minds was what about the NewTek acquisition.

Vizrt's NAB 2019 press conference attracted modest press buzz about their new product announcements, but major curiosity about their recently announced acquisition of NewTek was electric in the air.

Chris Black, head of content communication, began by describing the need of broadcasters to differentiate themselves from online content providers. 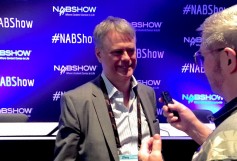 In addition, Vizrt will be presenting its new sports products with new features including the Live Virtual Presenter for Viz Libero and custom sports for Viz Arena. Vizrt will be demonstrating how sports rights holders can engage their audiences and simultaneously monetize their content.

Also on show are live presentations called ‘Connected Storytelling’, a method to innovate 24 hours news shows and other live productions.

After press conference, I talked with the company’s CEO Michael Hallen about the acquisition of NewTek and what that might mean for product development at Vizrt.

After all, what has puzzled many observers although both enterprises specialize in IP production, they come from different product backgrounds. I asked Hallen, "NewTek's Tricaster is a traditional piece of production equipment, while Vizrt is known for graphics and virtual sets. Is this a natural match?"

"As I look at Tricaster it is a piece of software that happens to be in a box," Hallen replied. "The brain of Tricaster fits beautifully into our part of the portfolio, and what we expect is to marry the software part of the Tricaster and merchandise it moving forward to make it possible to serve both the smaller customer and the larger clients in truly virtualized environment moving forward."

Does that mean that Vizrt is looking to move more into the production arena as opposed to creating elements like graphics that enhance and support production?

"We are quite close to that already with all our studio automation products like Mosart and the Opus," he replied, "I think that the intersection where we are closest is just that, what we call studio automation, which was the fastest growing part of Vizrt before the acquisition. That kind of tells you a bit about the direction of our product development. As all these content creators need to get their products out faster and cheaper."

So is my speculation far from the mark?

"No not very far off, but it is still early," he smiled. "But we have the luxury of having two companies that perform very well, so we can take two steps back and get to know everything very well before we make informed decisions."