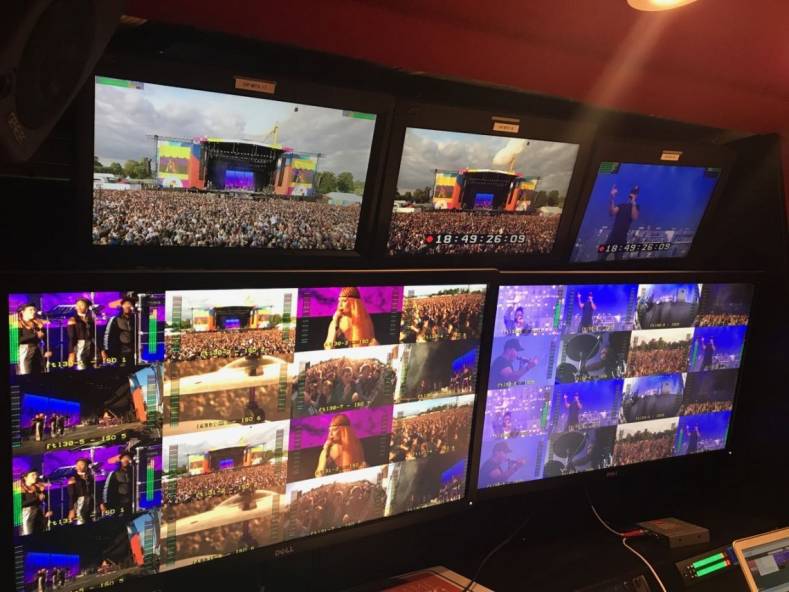 “In the last year, demand for UltraHD among clients has increased significantly,” explained James Hunter, CTO, FrameTrunk. “To stay competitive we need to be able to tackle any size resolution or frame rate, and with AJA's Corvid 88, we are more than capable.”

The cards are predominantly used in FrameTrunk’s live ingest system, which supports simultaneous generation of high resolution and proxy media. While media is encoded, the company’s proprietary software suite regrows files onto SANs for chase-based live edits or delivery drives; proxy files can also be delivered into its cloud-based MAM for live logging.

The company recently deployed the system to help LiveNation deliver its first UHD production for the Download rock music festival in Donnington for Sky Arts. Tasked with ingesting more than 11 hours of event footage a day from two stages across eight channels of 3840x2160 50p delivery, the company used Corvid 88s for ingest of quad-link 3G-SDI ISO and TX event feeds.

Ingest nodes were Linux-based, with FrameTrunk’s software controlling multiple record nodes from a central platform. To balance out the large volume of data required, each recording channel was given its own record node carrying 26TB of storage, supported by a secondary data backup for the three-day event. Once production wrapped, the edits, SAN and nearline were relocated to a post facility in London where the programme was finished using a traditional online/offline workflow but with HD offline and UHD online.

“AJA hardware is extremely powerful and easy to pair with live streaming software, so that we can easily send live client feeds to Facebook and YouTube,” added Joel Gilbert, CIO, FrameTrunk. “We also recently used them to backhaul a colour grade in South Africa to London for real-time client review. The colorist in SA was able to work in real-time with live client feedback from London using a separate system for video conferencing all provided as part of our service.”