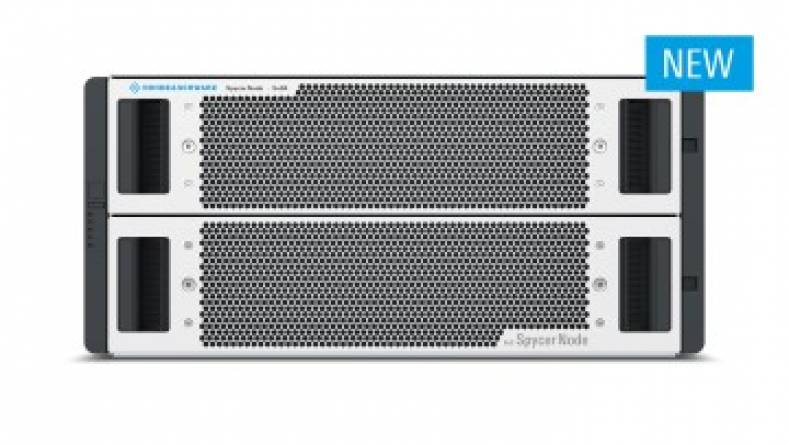 The most compelling aspect of R&S SpycerNode is its building-block characteristics.

R&S SpycerNode uses High Performance Computing (HPC), a term that Rohde & Schwarz use to refer to the system’s performance, scalability and redundancy. It debuted earlier this year at IBC and is now commercially available.

HPC is a combination of hardware, file system and RAID approach. According to Rupert Watson, Sales Director, Production and Post Production at Rohde & Schwarz UK reseller, Jigsaw24, “The most compelling aspect of R&S SpycerNode is its building-block characteristics. It provides the ability to build a single global name space with different speeds of storage node. Due to the flexibility of the product line we will be offering R&S SpycerNode to all our high-performance video editing customers.”

In developing R&S SpycerNode, Rohde & Schwarz says its engineers have looked at many of the key issues that impact on media storage systems within high-performance video editing environments from annoying maintenance requirements – such as defraging – to much more serious system failures including dying disk drives, which can have catastrophic consequences to a project that is being worked on.

The appliance features R&S‘s device manager web application which makes it much easier to set up and use Rohde & Schwarz solutions in an integrated fashion. Device manager helps to reduce setup times and simplifies maintenance and service due to its intuitive web-based UI operated through a single client.

A critical requirement of any high-performance video storage system is proven data security. In developing the unit, R&S has introduced data protection systems based on erasure coding and declustering. Erasure coding means that a data block is always written including parity.

Declustering is a part of the data protection approach of HPC setups (formerly known as RAID). It is software based and in comparison to a traditional RAID setup the spare disk is spread over all other disks and is not a dedicated disk. This will decrease rebuild times and reduce performance impact. Also, there are no limitations with the RAID controller, which results in much higher IOPS (Input/Output operations per second). Importantly, there is no impact on system performance over time due to declustering.