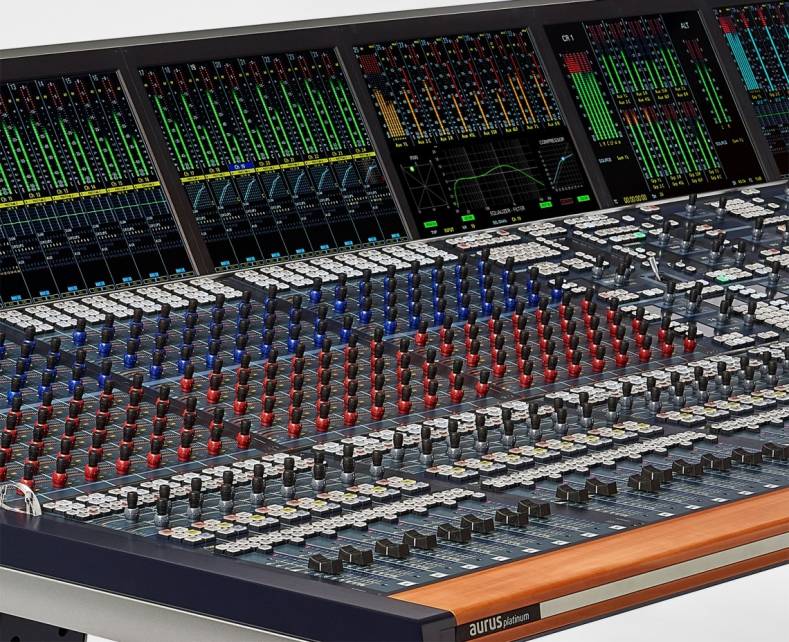 The new multichannel format 5.1.4 with Z-plane has also been added to the Aurus platinum, as 3D audio is becoming increasingly important in the professional audio arena. In music and TV productions, the highly immersive soundscapes that 3D audio creates evoke a more emotional response for consumers.

For many years Aurus has offered true multichannel format capability for parallel mixes in 5.1 and stereo or mixes up to 7.1. As of software release 4.7, 3D audio can be mixed with four overhead speakers in the Aurus platinum.

A further feature of the software update is temporary link groups, which enables channels to be linked faster on the control surface. This function is available for both the Aurus and Aurus platinum consoles. The new software release (4.7) will be available by the end of the year.