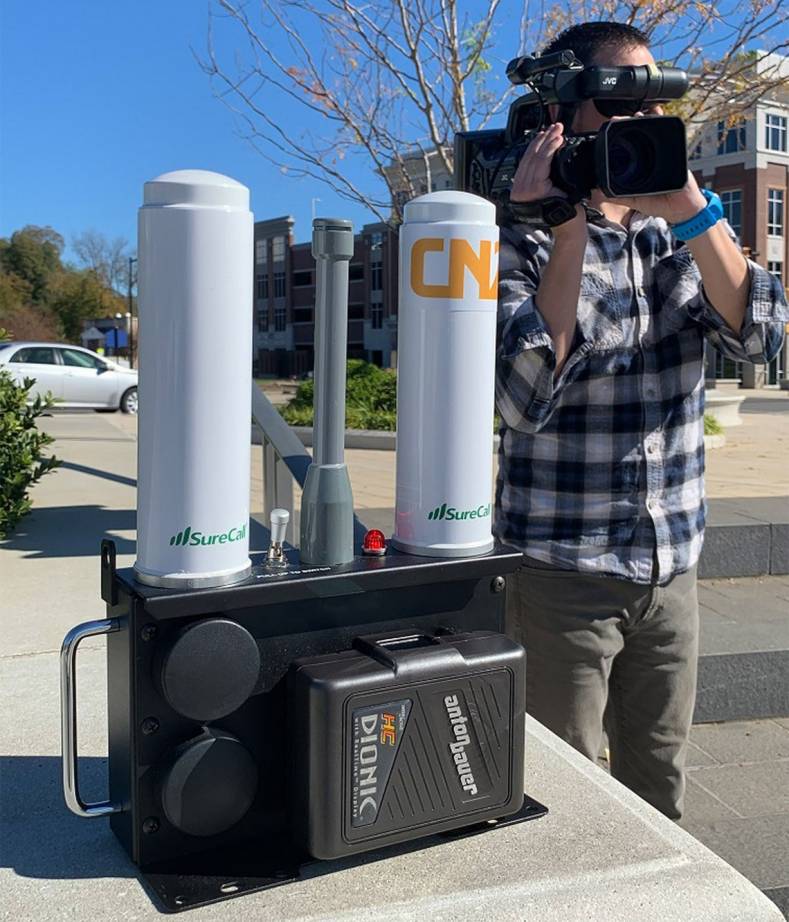 CN2, an independent cable TV station in Rock Hill, South Carolina, purchased a ProHD Portable Bridge bonded LTE hotspot in August to provide live news updates for its daily newscast and website. Owned and operated by Comporium Communications, CN2 has two channels that serve the tri-county area of York, Lancaster, and Chester. Its small news crew produces a 6 p.m. newscast on weekdays, plus a daytime newsmagazine show, CN2 Today, three times per week. So far, most live content is being shared on the website.

David Bain, technical manager, said the Bridge and a new JVC BR-DE900 ProHD decoder allow CN2 to provide live content for its viewers for the first time. The Bridge may be used for live coverage of the Rock Hill Christmas Parade later this month. CN2 will record multi-camera coverage of the parade and edit the footage in post for later viewing, but one camera will be paired with the Bridge for live coverage on the website. A similar setup was used for coverage of a recent school board debate. Bain said it only takes a few minutes to setup the RTMP feeds on the station’s five JVC GY-HM660 ProHD mobile news cameras, and “operation of the Bridge is very easy.”