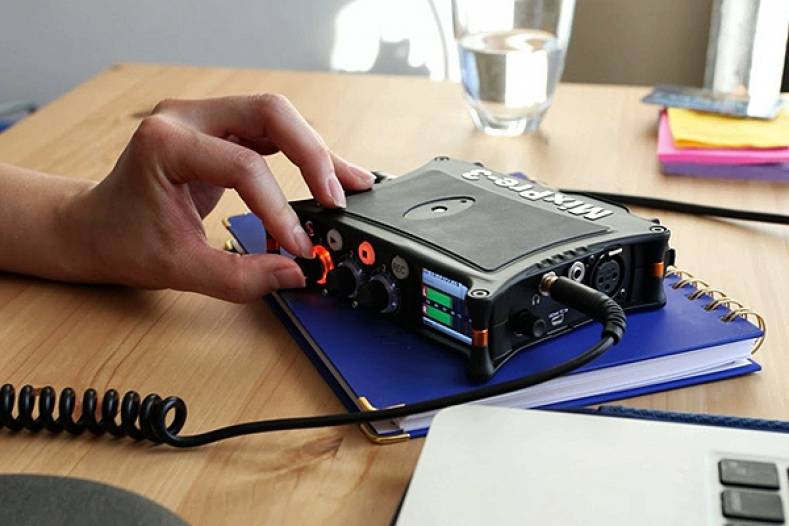 Miniaturization of recording gear has been one of the most notable recent developments in audio recording. It seems that the tools of the trade continue to develop more features while getting smaller and lower in cost. It has turned into a new golden age of recording.

This collapse in the size and cost of portable and handheld recording devices not only benefits broadcasters, but podcasters, vloggers, musicians and anyone else that records sound. There is no longer any excuse for not recording interviews.

Sweetwater Sound, a pro audio dealer in Fort Wayne, Indiana, notes some new compact tools for recording audio. All are small and challenge costs of the past.

The Shure MVi MOTIV ($99) is a rugged compact audio device that has won over many broadcasters. The MVi is USB-equipped and includes USB plus Lightning cables, making interfacing microphones with an iOS device a breeze. The interface on the MVi is easy to navigate. Access to five DSP preset modes lets users move between vocal, voice-over, podcasting and guitar at the touch of a button.

The MVi DSP can also be programmed from the app to transfer settings to an iOS DAW or video app. With MVi, users can easily work with tracks in Cubasis, Pinnacle Pro or for podcasters, bossjock. 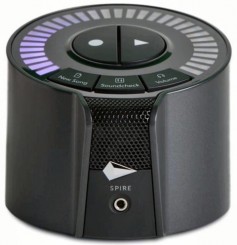 The Spire Studio from iZotope ($349) is a portable 8-track iOS recording device with built-in mic plus two Grace Design preamps.

Musicians can use the built-in mic to record without any wires or hook up a musical instrument or favorite mic. Connect wirelessly to an iPhone, and Spire Studio will automatically gain stage the device, so it won’t get distortion when recording.

Users can create layers of instrumentation and harmonies with the Spire. Built-in reverbs, delays and amp models also let users refine the sound. Users can share the results to social media with the Spire app. 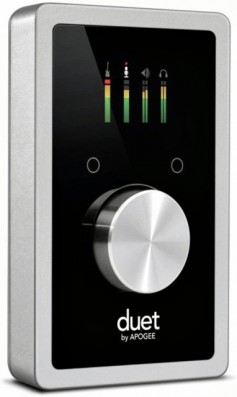 When Apogee introduced the Duet in 2008, they were the first company to market a portable iOS-compatible interface. Ten years later, the Duet 2 ($649) continues to set a high bar for portable recording, including 24-bit/192kHz recording.

The Duet 2 pairs with any iOS device but is especially designed for iPad use. The full-color OLED display provides clear and instant feedback for functions like metering, input/output value levels, muting and phantom power. It features Apogee’s AD/DA conversion along with two mic preamps, USB MIDI I/O and ESS Sabre32 DAC technology. There are four analog outputs, two of which are balanced 1/4″ mono outputs for speakers or other outboard gear.

IK Multimedia’s iRig Pro I/O ($149.99) is the smallest portable unit listed here. The I/O captures 24-bit digital audio at 96kHz and reconverts that signal into clean, high-quality analog audio. The iRig Pro I/O has a ¼-inch hi-Z/XLR combo input that accommodates both passive and active pickups, MIDI in/out, and an ⅛-inch stereo headphone jack along with preamp and level controls.

It has switchable 48-volt phantom power for condenser mics and can be hooked up to either iOS devices or Android with MIDI, Lightning and USB cables included. 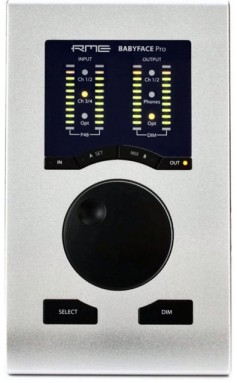 The RME Babyface Pro ($749) is a portable recording interface with a 12-in/12-out audio interface. It is truly an in-your-pocket and on-your-desktop studio. It has two high-quality mic preamps, two analog XLR outs, hi-Z and lo-Z ¼-inch inputs, ADAT/SPDIF I/O, a MIDI port and two separate headphone outputs. The Babyface Pro is iOS and PC compatible.

The MOTU 8A ($795) has 34-channel capabilities. It features 8 x 8 balanced analog and 8-channel ADAT optical and independent headphone out for 16 inputs and 18 outputs. This unit also delivers 123dB dynamic range via its ESS Sabre32 DAC. It also offers a variety of connection options through Thunderbolt, USB 3 or AVB.

Finally, the Sound Devices MixPre-3 ($649) and MixPre-6 ($899) audio recorders feature custom-engineered Kashmir mic preamps and 32-bit converters that deliver top-notch audio. The MixPre-6 comes with a full-featured mixer and built-in USB audio interface making it a breeze to connect a DAW of choice.

The designers at Sound Devices also made this device user-friendly for those just getting started in the world of portable recording. The MixPre-6 has two modes: basic and advanced. In basic mode, users can get started right out of the box on whatever project they’re starting and can gradually tap more advanced features as they go.

It is truly a new golden age in audio recording. Not only is the portability of gear outstanding, the costs keep going down for top notch equipment that can work anywhere. Only human skill sets limit what can be accomplished with this gear now.