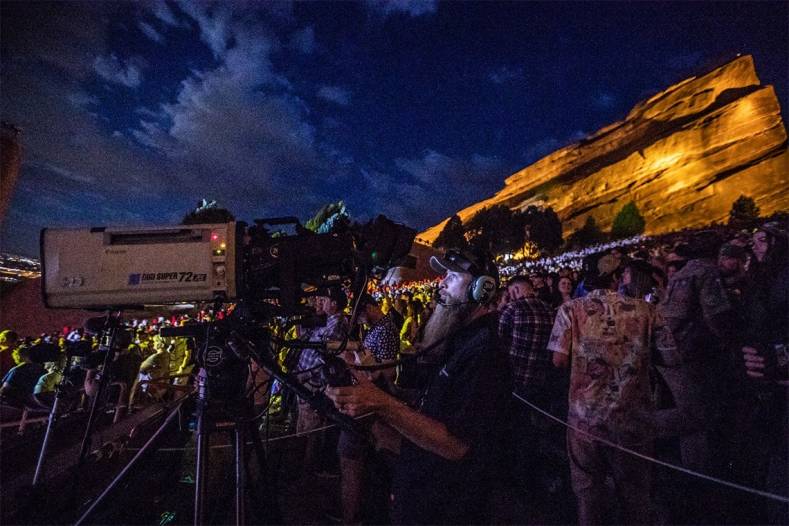 Since building the mobile system in May, 201 Productions has completed the first two legs of a cross-country tour with the legendary jam band Phish that will continue throughout the winter (including four performances at Madison Square Garden for New Year’s Eve and three nights in Mexico). 201 Productions' chief assignment for the band is live production, but the company is also tasked with providing a feed for live webcasts on LivePhish.com, as well producing performance videos for the band’s YouTube page and archiving each concert.

201 Productions’ principal Trey Kerr explained that, having decided to upgrade to an all 4K mobile system, he opted for the Panasonic cameras based on his longstanding use of the company’s HD PTZs. “I have an established relationship with Panasonic and have experienced first-hand the reliability of the PTZ cameras,” Kerr said. “Consequently, the 4K PTZs were an easy choice for us and, that decision made, it made sense to complement those with the UC3000 4K camera systems and CCUs.”

Kerr shoots and archives the Phish tour in 4K, 3840 X 2160 29.97. The UC3000s are outfitted with Fujinon XA99x8.4 ultra-wide 2/3” field production lenses and 22x telephoto zoom lenses(11.5-253mm). At most venues, he uses one UC3000 each in the pit, handheld on stage and stationary at the front of the house mix position, with two deployed in various ways contingent on the layout of each space. Four UE70 PTZs are always used on stage (left, right, on the drum kit and upstage center), with the fifth reserved as a “bonus-cam” for interesting aspects or angles.