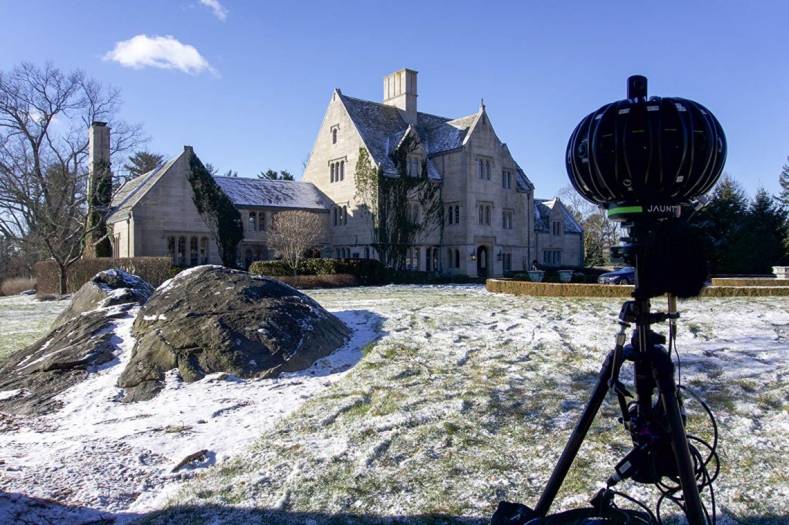 A scene from the ground-breaking 360-degree series, “Invisible” showing the Jaunt One camera.

On Monday, October 22, Julina Tatlock will give the opening keynote address at the SMPTE 2018 Annual Technical Conference & Exhibition at 9 AM at the Westin Bonaventure Hotel & Suites in downtown Los Angeles.

“My experience in producing immersive Virtual Reality programming has shown me it is necessary to work with people who are the best in their field but who are willing to throw their assumptions off the table and are able to be open themselves to new technologies in order to create something unique,” she said. “If you can divorce yourself from pre-conceived assumptions, you can be ready to make the most of the creative opportunities that developing technologies are making possible for us.”

Tatlock is CEO of 30 Ninjas, an award-winning immersive-entertainment company she founded along with director Doug Liman (“Bourne Identity,” “American Made,” among others) that creates original narratives and experiences in new technologies such as Virtual Reality, Augmented Reality, and Mixed Reality (VR, AR, MR) and social- and location-based entertainment for clients including Warner Bros., USA Network, Universal Cable Productions, Amazon Prime and Harper Collins. 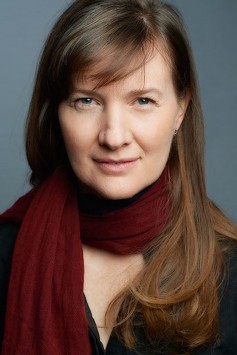 Tatlock believes the only way to figure out what is going to work in something as VR, AR and MR is to try it.

Tatlock also is the executive producer and director of episodes three and four of the six-part 360-degree VR miniseries “Invisible,” with production partners Condé Nast Entertainment, Jaunt VR, and Samsung.

30 Ninjas is actually in the Guinness Book of World Records for having created “Invisible” as the first broadcast quality 360-degree VR TV series.

You can see the series in 360-degree video on YouTube at https://youtu.be/MCip8T-_Yvw?list=PLiNGxb5ChRJ_UvjgphsN8Sr4kvDLAwm28

In her keynote, Tatlock will explore the intersection between interaction and interactivity and where the sweet spot between them can be found.

“That is a real good thing, we feel,” she said. “We know the world is fascinated by large scale games and wants to go deeper with narrative participation. ‘Oxenfree’ is a good example of one of them. It incorporates story within its interactivity, and that passionately involves the audience with interactivity inside its narrative form. So what I am going to be talking about during my keynote is how we can evaluate the emerging technologies to best create this kind of entertainment—what sandbox we should choose to play in and what we should do with that technology once we have selected it.”

The ‘Invisible’ project was partly chosen because they wanted to use breakthrough technology.

“We shot ‘Invisible’ on the Jaunt One cameras, made by Jaunt VR, which were so cutting edge they were still refining the algorithm at the time,” she recalls.

The Jaunt One’s onboard media storage allows for up to 20 hours of continuous recording.

“I would actually argue that 360-degree video is a technology that is by now already established, but one of the most exciting ones on the next horizon is Augmented Reality, combining c.g. with the world around us. So the best thing you can do is partner with the most forward thinking technologists you can, listen to their input, and be open to untried concepts.”

Tatlock hopes that the people who come to her keynote will understand that the greatest challenge creators face in emerging technology is evaluating what has real potential and what will never live up to its hype.

“The question is how do you measure quality without established standards,’ she said. “You have to be nimble with your technology as you learn, and be flexible with the different options that present themselves as you go. The only way to figure out what is going to work in something as VR, AR and MR is to try it out, because we have yet to standardize a new visual language in this revolutionary method of storytelling. But that is the challenge of taking on a new medium. It is also the satisfaction of exploring what is still largely the unknown potential of this unexplored territory of storytelling.”