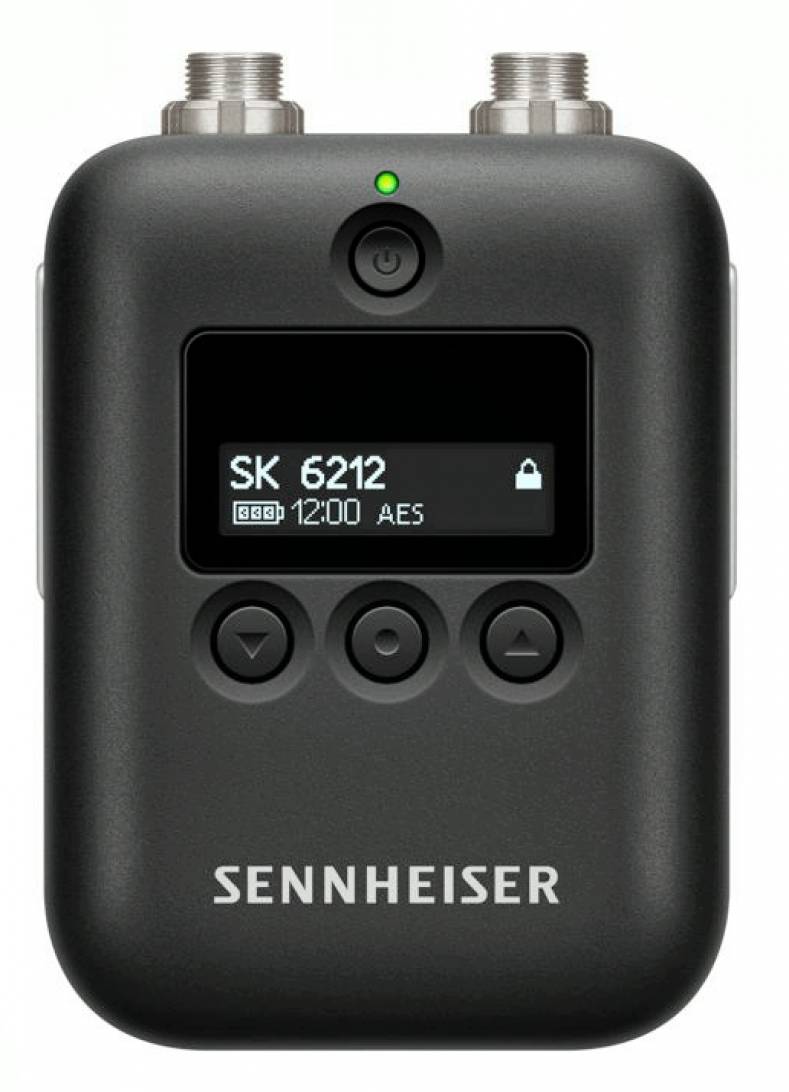 Sennheiser showcased the upcoming SK 6212 mini-bodypack transmitter for the Digital 6000 wireless microphone system, while Neumann displayed the re-issue of its legendary U 67 tube microphone at AES in New York City.

Available in early 2019, Sennheiser’s mini-transmitter is a candidate for any theatre, broadcast or live audio show that requires an inconspicuous, ultra-compact package. The SK 6212 offers the same spectrum-efficient transmission as that offered by the other Digital 6000 transmitters, which was also on display along with the EM 6000 DANTE receiver and the L 6000 modular, rack-mount charging unit for the system.

Also, Sennheiser and Neumann presented the ew 500 G4-KK205 wireless microphone system, launched on October 1 to mark Neumann.Berlin’s 90th company anniversary. This special promotional bundle combines a Sennheiser evolution wireless ew 500 G4 microphone system with the Neumann KK 205 true condenser capsule, and will be available until the end of the year. 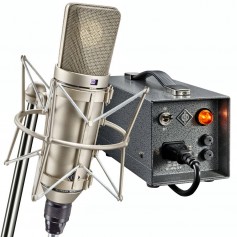 Studio highlights from Neumann include the limited-edition U 87 Rhodium Set and the re-issue of the famous U 67 tube microphone. Much loved for its smooth sound and extraordinary versatility, the U 67 was the quintessential studio workhorse throughout the 1960s, the formative years of modern music.

Built to the original specifications, the U 67 comes in a vintage case, complete with an elastic suspension, a microphone cable and the redesigned NU 67 V power supply. Also on show for professional studios was the U 47 FET and the M 149 Tube microphones.

Neumann also demonstrated the first release of its Neumann.Control app for iPad, which opens up the full potential of the KH 80 DSP studio monitor. Via standard IP networking, Neumann.Control gives full access to the functions of the KH 80 DSP that are not already available via the back panel. The free software allows users to define loudspeaker systems from mono to 3D audio set-ups, align them for a well-balanced in-room sound, and then operate them centrally.

Sennheiser continues to demonstrate its spatial audio solutions for capture, mixing, processing, and playback and showed Final Stop – a 3D thriller produced earlier this year with the AMBEO Smart Headset. Further, the company featured a live demonstration of its AMBEO VR Mic and the Neumann KU 100 binaural head, as well as a demonstration of its VR Mic using Sound Devices MixPre-6’s forthcoming firmware integration with the microphone.

Mixing VR in VR – this is the exciting possibility offered by dearVR SPATIAL CONNECT, a brand-new VR application. Launched by Sennheiser partner Dear Reality, this stand-alone software allows developers and engineers to mix immersive virtual reality experiences directly in a VR environment, eliminating tiresome switching back and forth between the mixing and the reproduction environments.

dearVR SPATIAL CONNECT controls the digital audio workstation, including the 3D audio processing plug-in dearVR PRO. During the mixing process, the developer or audio engineer wears VR glasses, and uses the VR controller and attached virtual ray to position the audio sources, set their level and control solo/mute and automated modes for the sound sources.