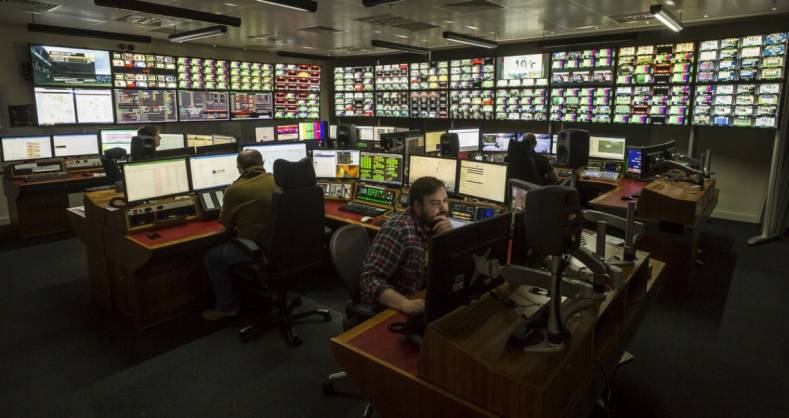 In recent years NEP has consolidated its position in the OB market with a series of acquisitions, both in the US and in Europe, over the last 13 years. These have included National Mobile Television, New Century Productions, Trio Video, Bexel Global Broadcast Solutions (all USA), Global TV and Mediatec Asia Pacific (both Australia), Faber Audiovisuals (Netherlands), Screen Scene Group (Republic of Ireland), Mediatec Group (Sweden) and Outside Broadcast (Belgium).

SIS LIVE formerly included OB trucks as well as uplinks and was previously the location production arm of the BBC. BBC Outside Broadcasts was a division of BBC Resources, a commercial subsidiary of the public broadcaster that also provided studio and playout facilities. It was announced in 2005 that BBC OBs would be sold off, together with BBC Broadcast, which handled playout and distribution.

It was not until 2008 that BBC OBs was eventually bought by Satellite Information Services (SIS), which provides broadcast services and data to the UK horse racing sector. The new acquisition was rebranded SIS LIVE, which provided facilities for the BBC as well as commercial broadcasters and production companies. As the OB market in the UK consolidated, SIS LIVE reassessed its involvement. In 2013 it announced it was pulling out of OBs but would continue to offer links and SNG facilities.

SIS has now decided to withdraw entirely from the facilities provision market, although the company's chief executive, Richard Ames, said it would continue to use SIS LIVE as a "supply partner" on a long-term basis. NEP Group plans to use the acquisition of SIS LIVE to expand its Media Solutions division, which provides connectivity for its OB projects.

After what is described as a "short transition period", SIS LIVE will be rebranded as NEP Connect and offer services to the NEP Worldwide Network. The existing management will continue to run the operation, under present managing director David Meynell. "We have worked with NEP for a number of years and been impressed by their technical innovation and consistent service to their clients," Meynell commented.

Stephen Jenkins, president of NEP UK and Ireland, added, "With SIS LIVE, NEP will be able to offer additional and enhanced connectivity capabilities critical to delivering the best managed service to our clients."

SIS LIVE's assets include two network operations centres, 17 antennas linked to two teleports, more than 150 connected venues and a fleet of fibre/satellite vehicles. The Anylive fibre network provides over 150 access points at sports stadia and entertainment halls and is used by broadcasters including the BBC, ITV, ITN, Sky Sports and Tata.