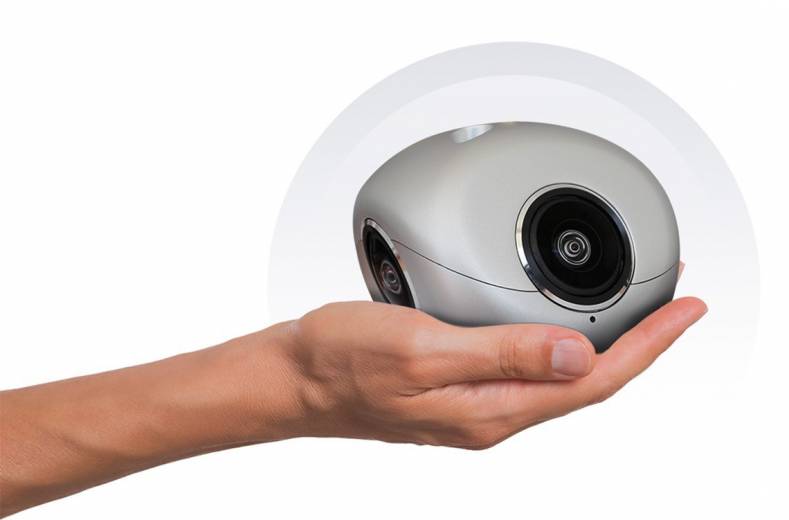 Mog announced the BrightVR 360 4K camera at IBC2018. Finding the perfect professional 360 camera seems to be a difficult quest for most 360-production and advertising companies. During the last year, Mog has been hearing customer’s pain points and has developed a unique, plug-and-play, 360 camera that minimizes the hassles of 360 capture and stitching.

The new Mog Technologies BrightVR camera captures up to 4K 360 videos with H.264 (from 5 to 25Mbps) video compression. It features four high definition Sony Sensors, wide-angle lenses and real-time stitching to ensure an accurate and crisp image. Indeed, the built-in FPGA-based real-time auto stitching ensures that the creator does not have to acquire any other equipment or use any other external accessories to do the stitch.

The BrightVR's anodized aluminum body is compact and suited both to interior and exterior use. The camera includes two high dynamic range microphones and an SD Card slot to record the stitched feed. It can be connected by Ethernet or Wi-Fi and powered by an external power adapter or using a battery module with capability up to 2 hours. BrightVR also features auto exposure and white balance.

The pre-order campaign includes the free access to Vizzi 360 live streaming platform to give creators the chance to deliver immersive content directly to its audience. The package comprises 100GB Storage, 10TB Traffic and a publishing point to manage the contents distribution.

Users can easily plug-and-play the 360 camera, capture the contents connecting to iOS and Android App and connect via Wi-Fi or Ethernet ready to live stream any event to the online video platform or share instantly on Facebook and Youtube.

The camera is expected to be shipping end of October.