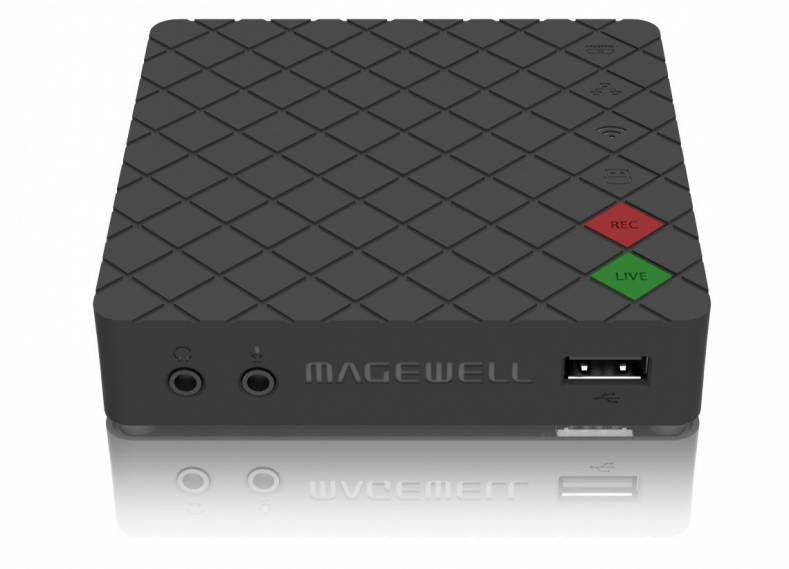 At IBC2018 Magewell will showcase its latest innovations that go “beyond capture” into other critical signal processing functionality.

Users can stream to popular services including YouTube, Facebook Live or Twitch or to a custom-specified server, and can record video as files to a directly-connected USB drive or the associated smartphone. The device encodes video up to 1080p60 from an HDMI input and also supports 4K sources, down-converting them automatically to HD.

Also on show is the series of Flex I/O PCIe input-output cards that combine Magewell’s highly-regarded video capture advantages with versatile playout capabilities. Available with SDI or HDMI interfaces, the first two Flex I/O models each feature four input channels and two outputs, all of which can be used simultaneously with independent resolution, frame rate and processing settings for maximum flexibility.

Finally, see the stand for USB Capture Plus, external devices continue to be the easiest and most reliable way to bring SDI, HDMI or DVI sources into popular software, enabling all types of computers including laptops to capture HD or 4K signals through a standard USB 3.0 interface.