Like the Lost Ark of Indiana Jones, Raycom Sports’ library of tapes had grown to be more of a hiding place than an archive.

Raycom Sports turned to Avid technology to turn their accumulated library of stored tapes into a searchable archive of digitized sports history.

“We had been a TV broadcast partner with the Atlanta Coast Conference (ACC) since the early 80’s, and as a result had collected a giant library of over 25,000 tapes in formats going all the way back to ¾-inch U-mastic,” Alex Farmartino, coordinating producer at Raycom Sports, told me during our interview from their Charlotte, North Carolina headquarters. “Finally, at the end of 2017 our bosses gave us the go-ahead to digitize the whole repository of them and we jumped at the chance to relieve ourselves of the legacy burden of a linear tape production workflow.”

Founded in 1979, Raycom Sports has produced and distributed football and basketball games from the ACC and the NCAA as well as distributing games from the Southeastern, Big Eight, and Big Ten conferences.

Having already standardized their production throughput on Avid’s MediaCentral workflow management platform, Farmartino’s research soon revealed that it would be far cheaper to keep the digitizing workload in-house rather than farm it to an outside vendor.

“This facility has been an Avid-based house ever since I started here in 2004,” Farmartino told me. Raycom uses it's Express edit systems and MediaCentral Production Management now to maintain the benefits of metadata indexing. 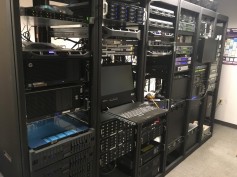 “This gave us watch folders we could send to archive and retrieve from the it so our editors would know where the material resided,” Farmartino went on. “After all, this process had to be accomplished without disrupting our ongoing work load.”

For archival storage, Farmartino’s team decided on Sony ODA optical disk drives, each of them holding four working drives and 400 slots. Since each optical disk can handle 3 terabytes of material, that gave them a pretty robust level of potential storage. 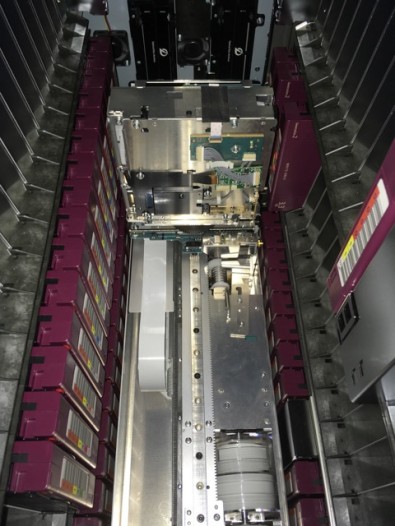 “With the FastServe and AirSpeed servers running side-by-side, if I had enough VTR’s I could input 24 signals of video simultaneously,” he told me. “In charge of the daily operation of this whole menagerie is Rob Chorney, Raycom Sports’ production and archive manager, who can often be seen running around slapping tapes in drives and pushing record buttons with the dizzying dexterity of one of those guys who used to keep multiple plates spinning on flexible wooden rods.”

Actually, Chorney is helped considerably by the system’s Capture software that provides advanced automated feed scheduling and control to the whole process. 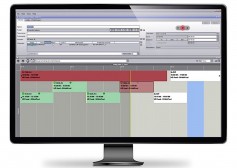 “If we know Syracuse and Boston College are playing at 7 tonight and Duke and Carolina are playing at 9, Rob can program an entire day of feed recordings while continuing his tape ingest campaign,” Farmartino said. “When he gets 16 video sources from our Evertz 7700 multiframe router going at once, it’s quite a thing to watch.”

Raycom Sports has digitized about 15,000 of its tapes since last December. But the ultimate goal of this project is to provide better programming to its considerable audience.

“From this project we’ve discovered that there are assets available to us that we didn’t even know we had,” Farmartino summed up for me. “Any time libraries are made more accessible, we can use more historical footage in our sports programming and that just makes for more compelling product for the viewers at home.”