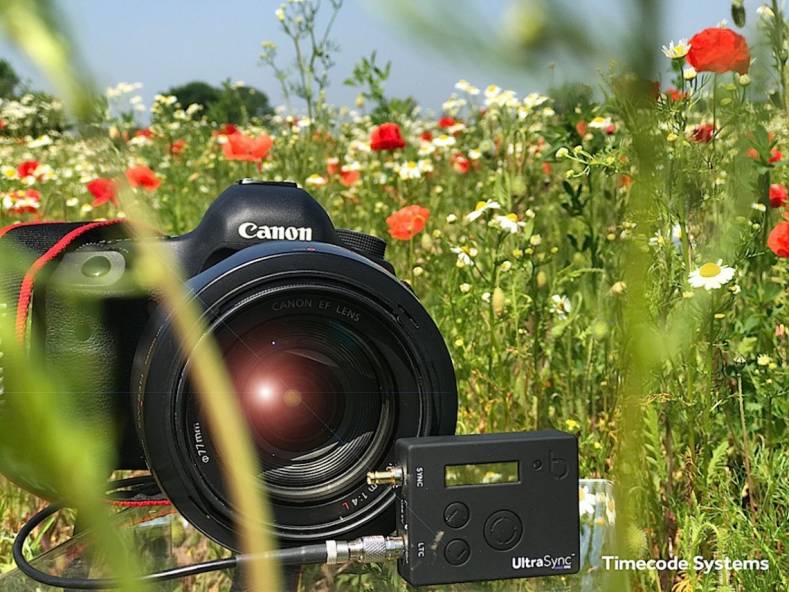 Being able to use timecode is what DSLR shooters have been waiting for on multicam productions.

Now DSLR cameras can be used for multicam productions by adding accessories that enable timecode to link all cameras together.

It’s amazing what you can do with a DSLR (Digital Single Lens Reflex) camera these days. Originally designed for still photography, their video capabilities have long been celebrated to the extent that many of the documentaries screened at the 2018 Sundance Film Festival, such as Alexandria Bombach’s “On Her Shoulders” (winner-documentary directing) were shot with DSLR’s, in that case the Canon 5D Mark III.

But what most of these type cameras have been lacking, except for the most costly models with expensive modifications, is timecode capability.

Not only is timecode useful in editing, it is crucial for syncing multiple DSLR cameras (or any type of camera) together in a multicam production, or video and audio recording in a dual system set-up.

But a solution has come forth from wireless multicamera sync experts, Timecode Systems, working together with software company, VideoToolShed. 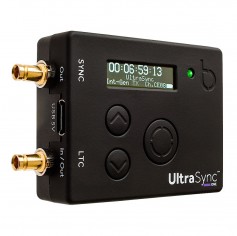 UltraSync ONE is compact, features an OLED display, has an RF sync range of up to 200m and a 25+ hour battery life. Click to enlarge.

With the advent of GoPro’s and DSLR’s, people are trying to use the best of all worlds in their productions,” Paul Scurrell, CEO of Timecode Systems told me during our interview, “but sometimes that means losing the benefits of professional features such as timecode or genlock or Word Clock. So that’s why we came up with UltraSync ONE, which provides a robust synchronization solution for cameras without a timecode input.”

UltraSync connects to a camera's 3.5mm audio jack allowing timecode to be recorded as linear audio. Then upon output, software from VideoToolShed called LTC Convert decodes that audio signal and embeds it into a new video track as VITC (Vertical Interval Time Code) that any professional edit system can easily and frame-accurately reference.

Fortunately, it works on both Apple OS and Microsoft Windows systems.

Actually, some NLE’s such as Avid’s Media Composer or Blackmagic Design’s DaVinci Resolve can already decode this linear signal, calling it AUX time code, so they don’t need the intermediary help of LTC Convert. Because each UltraSync ONE can wirelessly transmit and receive timecode, any cameras or audio recorders equipped with the device can be synchronized.

’”All of our products mesh together to create a long range wireless sync network,” Scurrell said. His company has special implementations for GoPro cameras called SyncBac PRO, which works with the HERO4 and HERO6. It doesn't matter if the shooter is using multiple cameras rigged across a location or as a cluster rigged for 360-degree VR filming, the SyncBac PRO offers a production team a unified method to capture, log, search, and synchronize content by embedding timecode directly into the camera’s MP4 file. 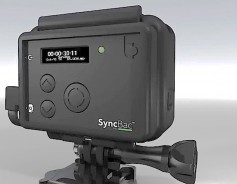 You can configure UltraSync ONE as a timecode teacher or time code student. (I am hereby banning the objectionable and outmoded terms “master/slave” forever.) Or you can alternatively jam to house timecode or an OB truck.

But I was concerned that because the signal is not specifically referenced to the vertical interval of the video, the trick that keeps SMPTE time code rock steady, and DSLR’s cannot be genlocked, would there be concern about timecode drift over a long take?

Bouke Váhl, founder of VideoToolShed, explains. It turns out that back in 2006, the European Union decided to classify high-end digital cameras as video recorders and slap a customs duty of 5-12% on them.

So DSLR manufacturers limited their video recording time to 30-minutes to avoid that extra import duty.

Therefore, as Váhl explained to me, “Timecode drift is not going to be a major problem with DRSL video recordings because you can’t shoot very long takes with them.”

I didn’t expect that.

“It’s like standing in front of a train,” he explained. “You know where the train starts as it is coming toward you. That’s where the LTC time code begins. The rest of it follows along behind and the small amount of potential drift is inconsequential in 90% of the cases.”