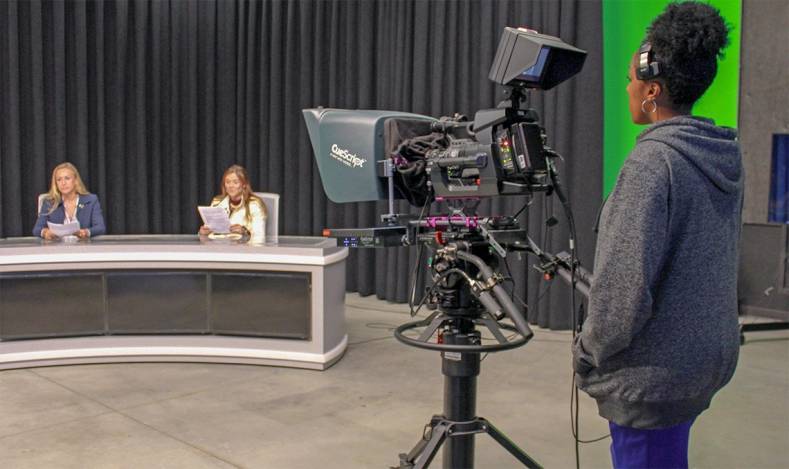 Gail Fetzer, associate professor, said the cameras are used to teach multi-camera production, with students producing talk shows, music videos, and other content that is shared on YouTube and Facebook. “I like the picture,” she said. “It looks very clear and I’m very happy with them.”

Brad Lemonds, media coordinator for Media Production wanted to stay with the same user interface for the new studio cameras. They are fitted with JVC FS-790 ProHD fiber optic system modules connect directly to the camera body via a hidden 68-pin connector. Each camera is mounted on a Cartoni pedestal and is equipped with a CueScript prompter. 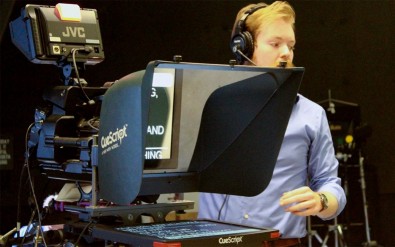 According to Lemonds, classes moved to its new facility in phases. The first film classes began last fall, with radio classes following in the next eight-week session. The control room and flypack are modeled after production facilities used by the Big West Conference. “Our students will either go directly to the job market or transfer,” Lemonds explained. “We wanted to emulate their systems. We’re trying to provide close to ESPN quality.”

While the CMD is still finalizing its workflow, SMC is already planning to expand its production schedule in the fall with an advanced track for sports production. The center is considering additional GY-HM890s to update its flypack, and recently received several GY-HM170 4KCAM compact camera for its documentary classes.