The goal of Chaos Group’s new V-Ray Next for Autodesk’s 3ds Max 3D animation and modeling software is to merge the benefits of their highly efficient renderer with the advantages of smart tech.

When I interviewed him, Lon Grohs, Chaos Group's CCO, had just returned from their first worldwide event, “Total Chaos”, held in Sofia Tech Park near their headquarters in Sofia, Bulgaria, celebrating the art, science and technology of computer graphics. 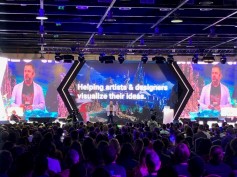 Graphic artists came from all over the world, especially eastern Europe, for the two days of Total Chaos event.

That smart tech enables V-ray to adopts learning techniques for automatic scene analysis, letting artist produce faster and cleaner renders with little to no input by removing set-up time from the creative process.

“V-ray rendering software is widely used in many industries to make things that don’t exist,” Grohs began. “Since we are a ray tracing technology, as opposed to being a rasterized game engine, we provide the highest fidelity.”

That’s why you’ve seen their software used in the latest “Avengers” film, “Black Panther", “Game of Thrones”, and the “Star Trek” series as well as automotive design.

This new V-Ray Next software introduces “scene intelligence” boosting overall rendering performance by up to 25% thanks to a new V-Ray GUP architecture.

There’s a new Adaptive Dome Light (ADL) that automatically produces up to 7x faster image-based environmental lighting that can be essential for architectural interiors without the need for skylight portals bringing light in from windows and openings. 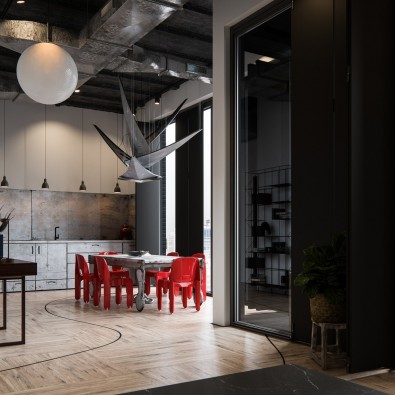 Adaptive Dome Light indtroduces light into a scene without sources

Scene intelligence is also applied to the V-Ray Physical Camera. Automatic Exposure, Automatic White Balance and a simplified UI make creating a perfect render as easy as taking a snapshot.

“Our newest version of the software lays the ground for what we think will be the future of processing, whether it be GPU- or CPU-based,” Grohs said. The way it works is we have invented a technology called Light Cache, which is a way of calculating bounced light, or global illumination. This gives optical qualities to V-Ray Next, letting it speed up the process of how light gives form to optical properties.”

The V-Ray Physical Camera can compensate for under exposure. Click to enlarge.

Basically, it accelerates the process of turning a grey box into, say, a dragon.

Grohs went on to explain that additional speed is acquired by the introduction of what they call the “multi kernel”, benefiting from parallel processing with today's faster GPU rendering cores.

You can see how well this can be applied when looking at one of rendering’s greatest challenges—hair material.

“We have incorporated what we call a new ‘hair material’ into our software so you can adjust the color simply by adding more melanin,” Grohs described. “Now you can just dial it in with a slider.”

You adjust the hair color just as a make-up artist would. Click to enlarge.

“Everything that is done in ray tracing is based on physics,” Grohs finished up. “In this case, the hair material doesn’t look like a tube of spaghetti. It looks like microscopic particles that actually make up real hair.