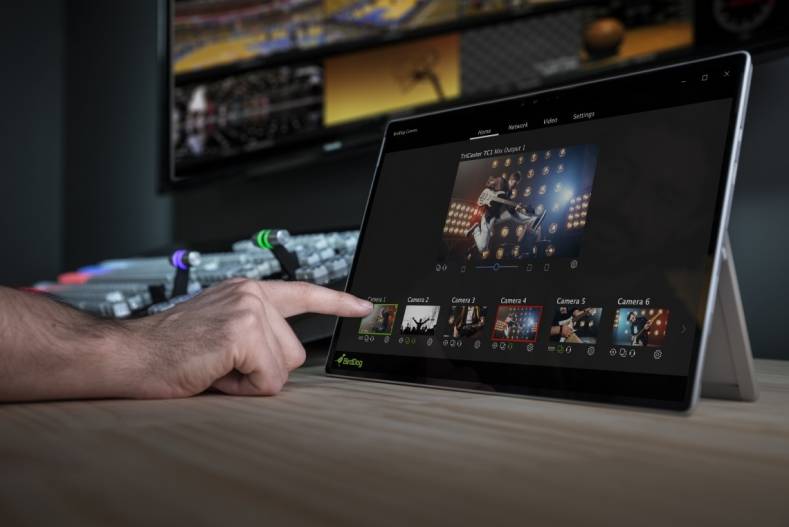 BirdDog has the only hardware-based NDI implementation on the market today.

The BirdDog Studio NDI is a hardware encoder which connects any camera to NewTek NDI IP workflows for live productions. Also new is a claimed industry’s smallest full bitrate HDMI to NDI Encoder, the BirdDog Mini.

In addition to converting live video inputs to NDI, BirdDog Studio NDI is a video interface converter, with active cross conversion from HDMI to SDI and vice-versa.

BirdDog is also offering its new Audio Comms capability as a free accessory feature for BirdDog Studio NDI customers. This is promoted as the industry’s first plug-and-play audio communications with video over NDI, facilitating communications between camera operators and production staff during live broadcasts.

“Because NDI easily operates over regular Gigabit Ethernet, nearly every commercial building in the world is pre-wired for IP. To add additional cameras to a live production, simply plug BirdDog Studio NDI into any network point for instant access to your camera from anywhere in the building, on campus, at the stadium or wherever you are shooting. BirdDog is the only hardware-based NDI implementation on the market today.

Costing under $600, the encoder supports HD 60p and has built-in Tally display and selectable Tally borders on loop out. It can be powered by Power over Ethernet (PoE) or D-Tap from a camera battery and its supports BirdDog Link. Encode from any BirdDog Studio NDI or Mini and play out to a TV or monitor.

“The foundation of BirdDog Mini is its video pipeline, with the best components and cutting-edge processing image integrity is assured from the input all the way through your IP production by using BirdDog technology,” says the company.