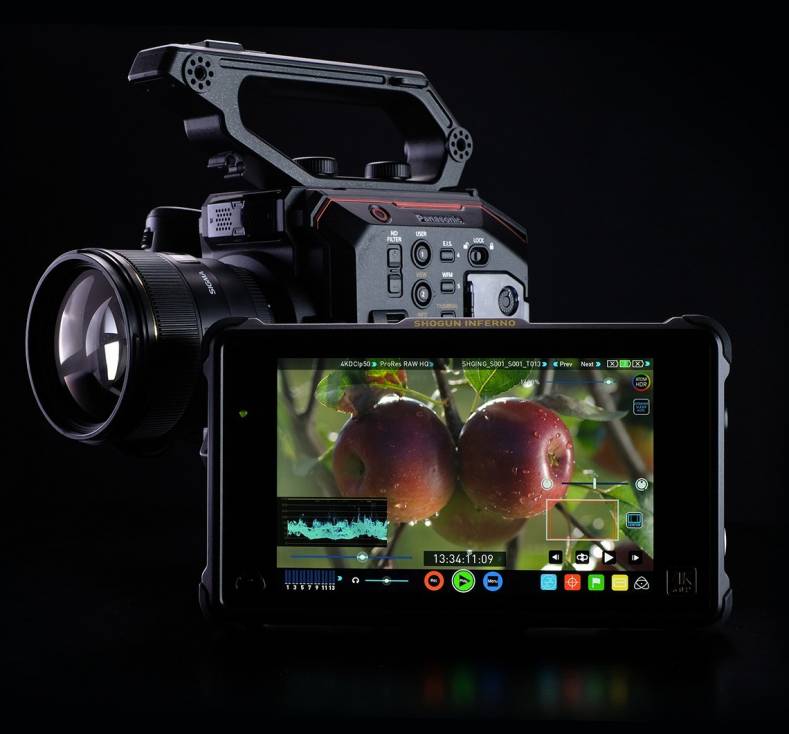 Apple has added a new format to the ProRes codec family, with support for raw data from the sensor. Coincident with the announcement, several vendors have announced support including Atomos (Shogun Inferno and Sumo) and Panasonic (for the EVA1 and VariCam LT cameras). The big advantage to using RAW is that the data rate is essentially one-third that of the deBayered RGB data. The codec forms part of the newest update, 10.4.1, to Final Cut, and also include closed captioning tools. 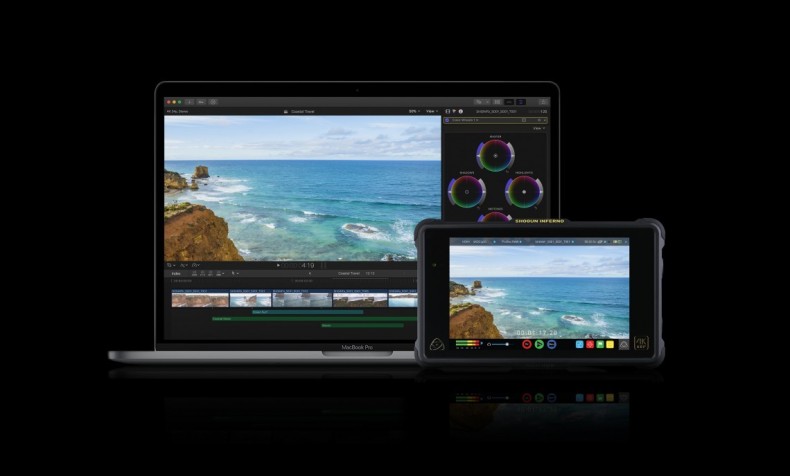 ProRes RAW files can be imported directly from Atomos Inferno to Final Cut on a MacBook Pro.

Apple has announced a new ProRes RAW format, supported in an update to Final Cut Pro X. 10.4.1. It allows videographers to record RAW rather than 4:4:4 RGB or 4:2:2 Y, Cr, Cb signals with the attendant saving in bandwidth and storage requirements. Final Cut Pro editors can work natively with ProRes RAW and ProRes RAW HQ files created by Atomos recorders.

The format will be available as a free update for owners of Atomos Sumo 19 and Shogun Inferno devices. Once installed, it will allow the capture of RAW images in up to 12-bit RGB— direct from many of the world’s most advanced cameras onto affordable SSD media.ProRes RAW files can be imported directly into Final Cut Pro 10.4.1 for high performance editing, color grading, and finishing on Mac laptop and desktop systems. 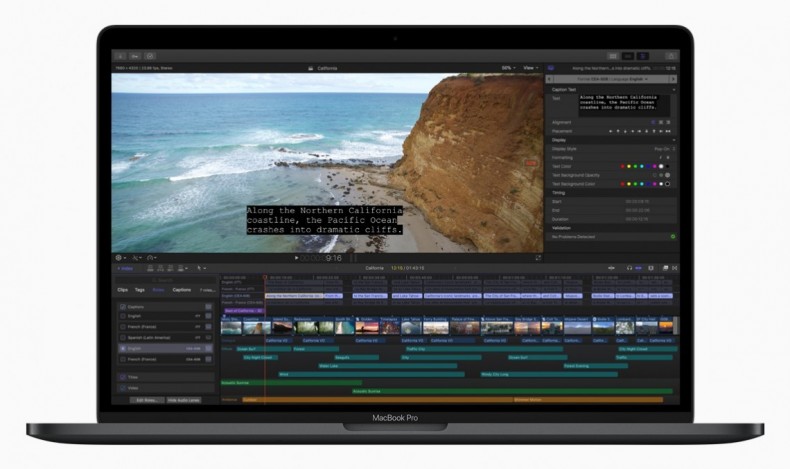 Captions can be attached to video or audio clips in the Final Cut timeline, so they automatically move with the clips to which they are connected.

The Final Cut Pro 10.4.1 update also adds closed captioning tools that allow video editors to easily view, edit and deliver captions from right within the app. Users can import closed caption files directly into their project or create them from scratch. Captions appear in the viewer during playback and can be attached to video or audio clips in the timeline, so they automatically move with the clips to which they’re connected. An all-new captions inspector makes it simple to adjust caption text, colour, alignment, location and more. Users can even create captions in multiple languages within the same timeline and easily share captioned videos to YouTube and Vimeo. And in the share window, a new Roles tab displays titles, video and audio roles in a single consolidated interface, making it easy to configure roles and closed captions when sharing.