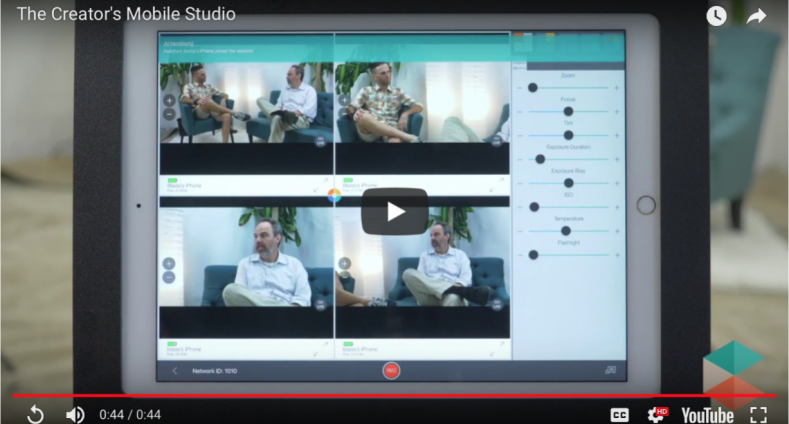 Cinamaker has released a highly accessible pro-quality live streaming and video production platform based on the company’s PerfectSync technology. The intuitive interface connects cameras of all kinds, from smartphones to DSLR cameras, to enable the creation of live streams and on-the-fly “live-edits” using an iPad interface.

The Cinamaker platform also supports the recording and mixing of up to eight audio channels and embed media assets. Then, with a tap of the screen, users can live stream to Facebook, YouTube, Twitch, or other platforms and sites for instant distribution. Creators can revisit footage via a live editing workflow, letting them re-edit their recording with the in-app editor--in real time. “We built Cinamaker to save creators and videographers countless hours in post production,” explains Gary Baker,Cinamaker’s SVP of Corporate Development. Producers can also seamlessly transfer their synchronized media and metadata into the timeline of their preferred video editor for post-production refinement, he continued. 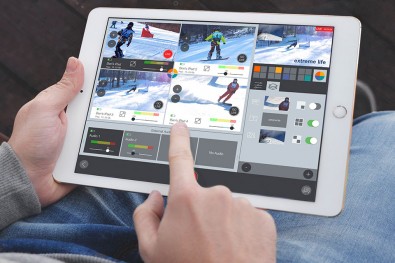 While saving time, the Cinamaker can spark new creative ideas and approaches for professionals, as the producers for the video series Jam In The Van, discovered. “Cinamaker and live streaming has allowed for both fans of Jam In The Van and the bands that participate on our program to view and hear the sessions before their edited release date, as well as get a bit of a behind the scenes look into what occurs during a Jam In The Van Session,” notes Cotler, of Jam In The Van production team. “We can stream from multiple angles and incorporate in-stream graphics like a real broadcast that has been the coolest part. We're putting out very high level stuff, just as it's meant to be. We're stoked to keep developing our programs and working with Cinamaker to really enhance the Jam In The Van live experience.” The production team will soon be streaming not just from their LA home base but from festivals and other events across the country.

The experiences of professional video creators like Cotler and his team point to the promise of Cinamaker, which hopes to become the production platform that powers the next phase of the video storytelling. “We’re committed to transform video production,” said Benjamin Nowak, a serial entrepreneur and the product's developer. “And we’re convinced Cinamaker can be a key player in this evolution by enabling professionals as well as new video creators with professional grade video tools that are affordable, powerful and easy to use.”

AI & The Future Of TV Engineering