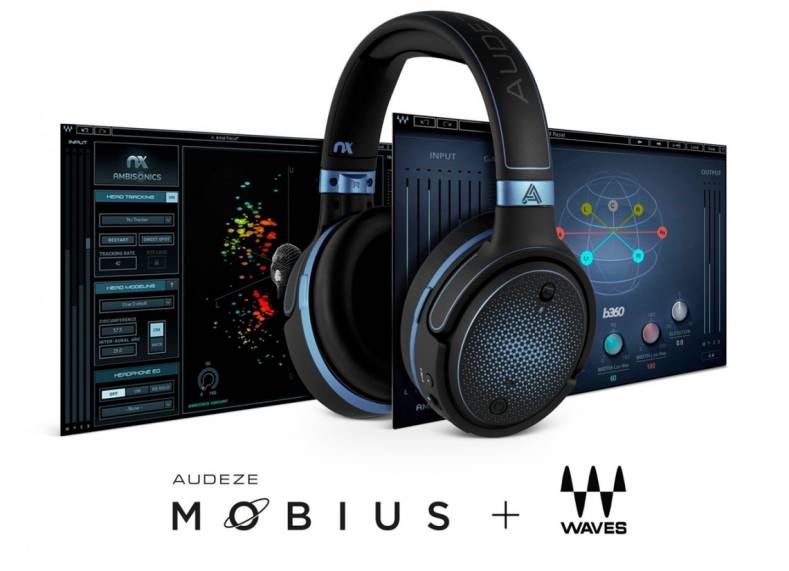 Waves Audio has announced that its Nx technology has been implemented to power Audeze Mobius headphones, the first 3D audio headphone to provide a high level of detail, clarity and 3D positional accuracy for professional use.

Audeze Mobius is especially suited for audio professionals working in the VR/360 creator market. Engineered for durability and comfort, this headphone is designed to replicate true, real-world listening experiences.

The Mobius headphone is equipped with planar magnetic drivers in a feature-rich package. The headphone’s built-in Nx technology from Waves Audio equips them with full 360-degree head tracking, enabling complete immersion in the 3D audio field.

Nx also allows the headphones to communicate with the Waves Nx Virtual Mix Room and its B360 Ambisonics Encoder plugins, designed specifically for VR/360/3D mixing and monitoring in Ambisonics formats. They also work for immersive 3D headphone monitoring of any stereo or surround content.