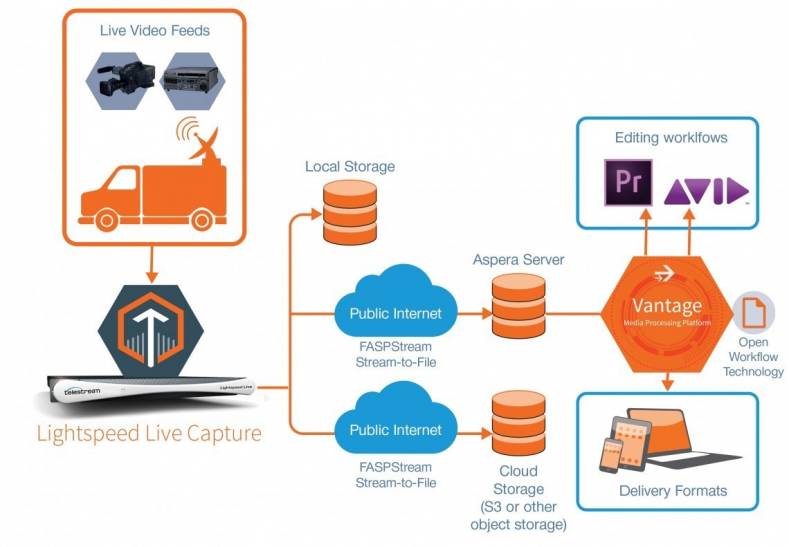 Telestream will present a ‘one-box-solution’ for closed caption encoding to multiple live streams at NAB 2018.

Telestream points out that live captioning is a requirement now for video distributors in just about all categories, including college sports, houses of worship, live event producers and even the military, as well as national broadcasters. This is being driven by rapid growth in live video streaming over IP networks, generating demand for live closed captions within multiscreen applications. This is why Telestream has integrated live caption encoding into its Lightspeed Live Stream, which it says helps avoid the cost and complexity of going to baseband when inserting digital captions.

Virtually all IP caption insertion systems are now cloud-based, requiring content to be moved first to the cloud, captioned there and then re-encoded and re-streamed for delivery. This creates more scope for both human and mechanical error, ultimately affecting quality of the final content. Telestream’s live captioning solution with Lightspeed Live Stream eliminates restreaming, instead encoding the live captions within the original stream.

Telestream cites the system’s small form factor in a single 1RU enclosure as a selling point by reducing cost as well as space. The system can scale to large numbers of streams and uses standard captioning protocols to receive caption data, so existing third-party court reporting software can connect to Lightspeed Live Stream via IP.

As well as the new live captioning capabilities, the system enables live streaming, encoding and packaging, with the ability to add time delay to the stream for synchronization. Users can also route captured recordings to Telestream’s Vantage Media Processing Platform for further enhancement.