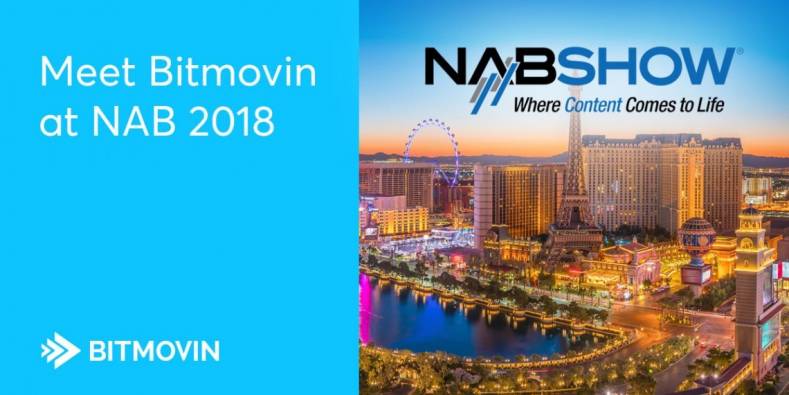 Video streaming technology developer Bitmovin will show its latest V8 player at NAB Show 2018, with the claim it has the smallest footprint on the market. But there may be greater interest in the technology beneath the covers, with a focus on content adaptive encoding to save on bandwidth and get away from being hitched to specific bit-rate ladders for given video quality.

The company will be demonstrating per-title encoding and also per scene adaptation, reaching towards more granular compression that takes account of varying levels of action and detail within as well as between content items.

Bitmovin will also show multi-codec encoding, which enables content providers to reach nearly all devices while exploiting more advanced codecs where they are available to optimize overall bandwidth consumption. In practice most devices are served by one of three codecs, HEVC/H.265, VP9 and the legacy H.264. According to Bitmovin, 83% of all connected devices can be reached by HEVC or VP6, falling back to the less efficient H.264 for the remaining 17%.

But Bitmovin is also looking ahead to deployment of AV1 from the Alliance for Open Media, having delivered its first AV1 live stream in April 2017. That required over 200 processor cores to stream but just five months later at IBC 2017 in Amsterdam it staged the same demonstration using just 32 cores. Since then Bitmovin have continued to optimize its AV1 technology and anticipates it becoming viable for commercial deployment this year. At NAB 2018 it will demonstrate end to end AV1 workflow, from source ingestion and cloud encoding to browser-based playout with Mozilla.