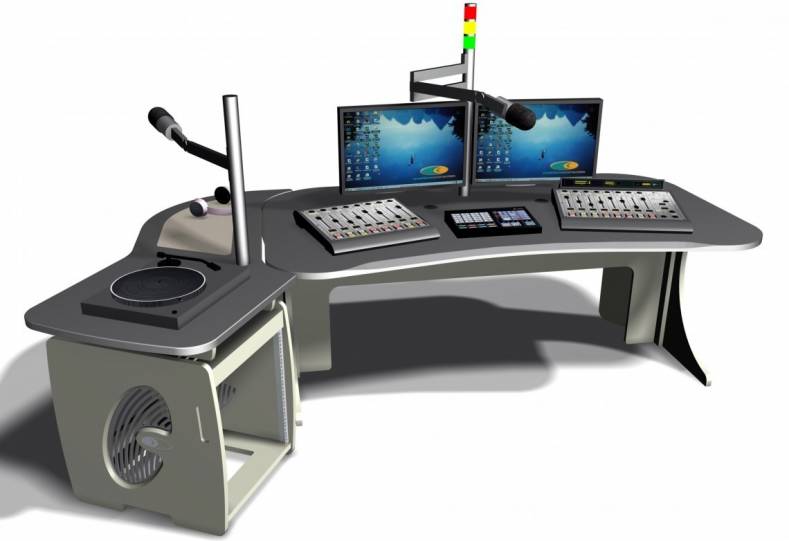 Custom Consoles' new EditOne-Radio desk has been popular with a variety of major international broadcasters.

Capitalizing on growing investment across the broadcast media business created by technical advances such as IP, 4K ultra-high definition, HDR and IP streaming, Custom Consoles said it has seen its business increase significantly. This includes high demand for technical furniture across the broadcast and wider engineering control markets.

The past year has included major projects for RTL City in Luxembourg, RTL's new production studios in Paris, EVS in Liège, TV3 in Dublin, Netherlands-based virtual reality studio Miraga3D and the London studios of satellite broadcaster Al Sharqiya. Custom Consoles also marked its 21st anniversary year with the introduction of the EditOne-Radio desk.

Among the largest projects in recent months was for video display walls and very large number of studio desks at the new RTL City building. This was a greenfield-site development with technical facilities on three floors. We designed, manufactured and installed nearly 50 desks, five large MediaWall monitor mounting frames and about 20 standalone MediaPosts. Our systems integration partner in the project, Broadcasting Centre Europe, made a very careful study of the available furniture products before choosing Module-R and EditOne desks. Samples were sent for evaluation and we also provided constructive ideas based on the high level of design flexibility made possible by combining elements within the Module-R product range.

Custom Consoles will exhibit all of its products at the 2018 NAB Show.