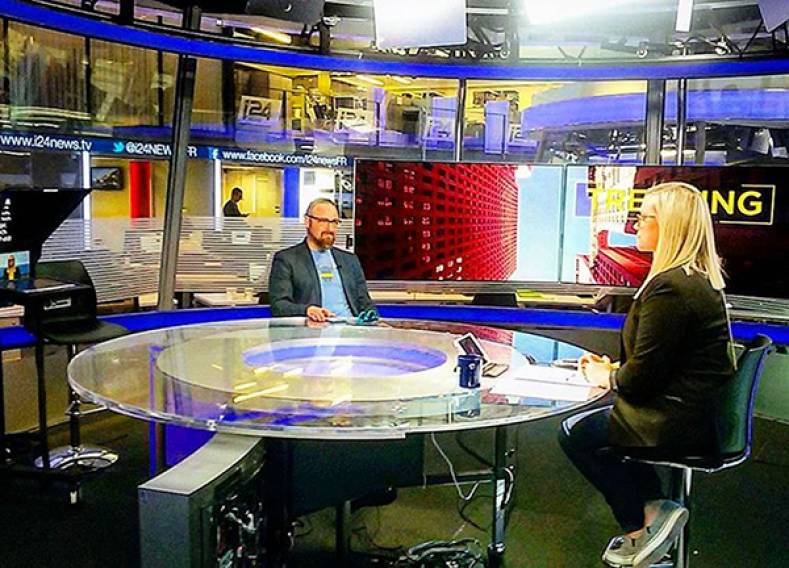 Based in Israel, i24 NEWS is an international 24-hour news and current affairs channel whose programming originates from three uniquely designed automated production “pods” within its headquarters in Jaffa Port, Tel Aviv that are each dedicated to reporting 24 hours a day in three different languages: Arabic, English and French.

In February 2017, the channel began broadcasting in the U.S. from offices in New York City  —between 6 and 10 p.m. (E.S.T.) — and a Washington DC bureau; while at other times the channel originates from Israel.

Each pod features an anchor desk, three Sony PTZ robotically controlled cameras and an HD camera head mounted on a robotically controlled Televator camera pedestal from Telemetrics. In addition, a Telemetrics RCCP-1 Remote Camera Control Panel allows a single operator for each pod to control all of the cameras and the pedestal height for each show with precision, creating a “big look” for the studios on air.