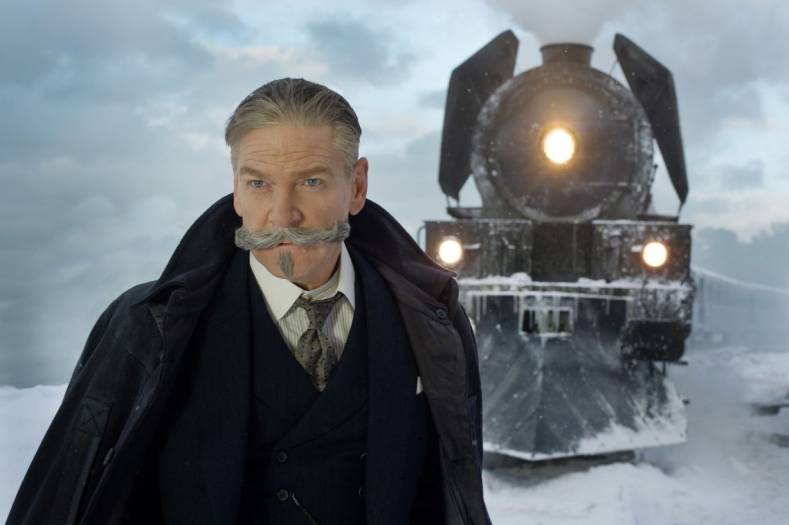 Kenneth Branagh directs and stars in the 20th Century Fox production, Murder on the Orient Express.

The latest adaptation of Agatha Christie’s classic, ‘Murder on the Orient Express’ saw DaVinci Resolve Studio used to manage the color pipeline, including onset dailies by Digital Orchard and the final grade at Goldcrest Post.

The 20th Century Fox production of Murder on the Orient Express was directed by Kenneth Branagh, with Haris Zambarloukos as Director of Photography (DP), and stars Penélope Cruz, Willem Dafoe, and Johnny Depp along with a host of other well-known actors. Kenneth Branagh plays the Belgian detective.

The production was shot 65mm format with ARRI Alexa 65 and Panavision Panaflex System 65. The feature’s DI workflow was developed and delivered by Goldcrest Post London, in conjunction with film and digital dailies specialist, Digital Orchard. Zambarloukos worked with Goldcrest to develop the film’s color science and LUTs, which were then integrated into the dailies pipeline.

“We eventually arrived at a LUT that would give us an authentic filmic look,” reflected Goldcrest Post senior colorist Rob Pizzey. “A warm white point really helped to retain the original color and contrast from the scanned film negative. The film has an incredibly rich feeling and so the colors stand out, as such we didn’t want to pull back on anything.”

Sam Spurgeon was Digital Orchard’s dailies colorist on Murder on the Orient Express. He was in charge of a dailies color pipeline which included both simple CDL color work for compatibility with VFX and a framework for Rob Pizzey to be able to import a base grade that reflected the DPs desired look for a given scene. “We worked closely with Goldcrest in creating show LUTs which acted as the base for our dailies color pipeline,” he reveals. “Using the DCI-P3 version we then graded the dailies onto a calibrated DCI compliant projector, after which the media was then rendered through the Rec709 version of the same LUT.”

Murder on the Orient Express was shot on a mixture of digital (Alexa 65) and film formats (Panaflex 65) and so the dailies pipeline, overseen by Callum Just, had to accommodate both.

Spurgeon continues: “We’d scanned the 65mm film to 2K 10 bit DPX sequences averaging between 100GB and 300GB per roll, with between 10 and 20 lab rolls per day. Once scanned that was then graded and transcoded using DaVinci Resolve Studio.”

“Color values, lab roll, camera roll, keycode and timecode were all vital to the conform, and it was essential that we communicated that information throughout the entire pipeline. We added key metadata into Resolve easily, and included any additional notes required. This all went to editorial and onto the second scan conform.”

Image analysis for quality control was also an integral part of the workflow. “Some issues with film manifest themselves in specific color channels. Being able to isolate these channels in Resolve to view in black and white helped with diagnosis.”

Spurgeon concludes: “Blackmagic provides an excellent suite of tools for dailies grades on Hollywood productions, workflows for editorial and post, and more advanced color work. DaVinci Resolve has been the backbone of our workflow since 2011, and its extended feature set has been proved to get the most out of both digital and film-based workflows.”