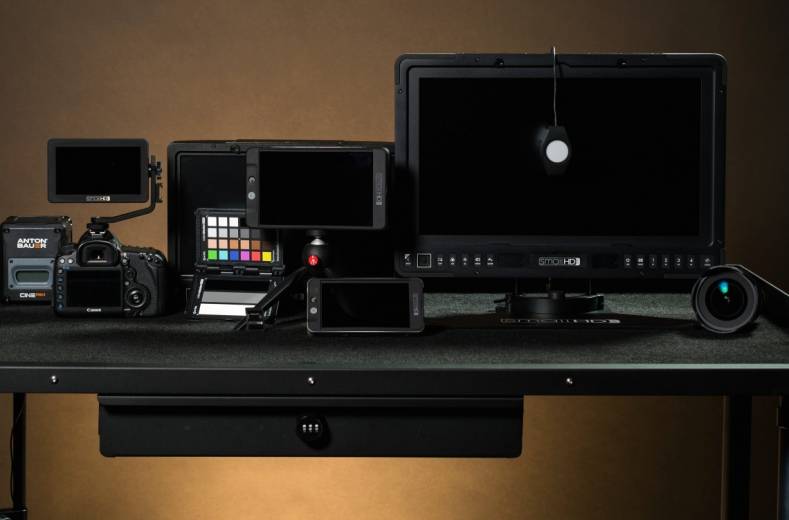 The SmallHD Color Probe’s USB cable plugs directly into the monitor’s USB jack and calibration is achieved in a few minutes.

SmallHD, makers of a variety of production and post monitors, is offering customers a free Operating System (OS3) upgrade for its family of on-camera and production monitors that offers new false color and waveform tools, and a new battery meter.

By placing the color probe in front of any current SmallHD monitor, it reads the test output on the screen to check and correct its calibration. The new operating system also makes its false color and waveform exposure tools customizable to fit any workflow. Users can create up to 10 customizable IRE ranges and assign specific colors to the ranges.

The OS3 Operating System upgrade and the SmallHD Color Probe are engineered to work with SmallHD’s 500, 700 and UltraBright and Focus series on-camera monitors; as well as the 1300, 1700, 2400 and 3200 Series SmallHD Production Monitors.

For those who prefer to use waveform to compose an image, the new OS adds spot metering to the waveform, which indicates the exposure level to a particular area of an image without the psychedelic appearance false color can create. For example, it’s particularly good for exposing faces.

A new image gallery is included in OS3. It provides the ability to quickly access and organize screen captures and other images on an SD card by showing a thumbnail preview of each image file. Images can now be previewed with or without a video signal.

Additionally, a major upgrade to the battery provides the ability to read Sony NPF L-series batteries. Plus it has been made more intuitive by changing the readout from voltage to a percentage of charge remaining, together with the inclusion of a warning signal when the power remaining is critically low.