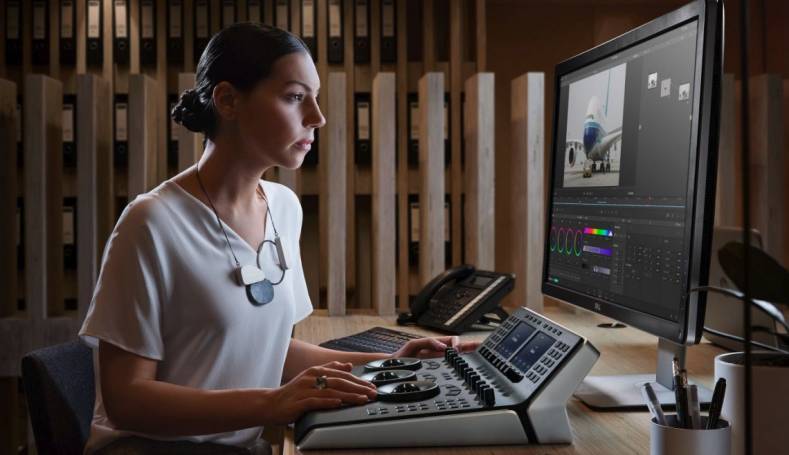 Color grading is important magic in the creation of any film or video. Image: Blackmagic Design.

Of course, there have been notable films such as the Coen brothers’ 2000 feature, “Oh Brother, Where Art Thou”, the first theatrical feature to be completely digitally color graded, in which the color palette chosen deliberately made the heat of mid-summer dust bowl Mississippi very visible. Its impact was conveyed through a constantly oppressive patina of sweltering hues made even more dramatic by having the film start in B & W and slowly fade into layers of sweat-inducing color.

But the process of using color to enhance a film’s emotions dates way back to the beginning of the silent era when during the 1890’s both the Biograph Company and Edison Studios discovered the impact of tinting key scenes to help enhance their mood—blue for night, red for fire, etc. Soon, stencils cut from a second print of a film enabled hand tinting of individual scenes, first utilized in Edison’s “Annabelle Serpentine Dance” (1895), and in 1921 Kodak introduced pre-tinted film stock where the cellulose base came already stained with a selection of 10 colors.

During the heyday of sprocket-driven film production, negative cutters would use various methods of telling the specialist in charge of creating the final print how to vary the length of exposure for individual shots to alter their perceived brightness, often adding filters to shift their color content, and this became known as color timing.

Some labs even developed a technique called “flashing the negative”, where the original film negative would be exposed to a low level of controlled light before running it through the camera. The result was to lower the contrast ratio of the ultimate image, providing a form of optical color timing.

This series of articles will examine color grading on two different levels. In the first two installments of this three-part series, we will delve into the color correction capabilities provided in some current NLE systems. The features they provide are available to almost every digital editor today using a modern edit system.

Later we will look at some of the self-standing color grading software solutions. In the third, and final article in the series, we will learn how two color grading houses, where golden eyed (and usually highly paid) color specialists use these systems to apply the latest in color science to perfect the look of blockbuster features and mega-buck commercials. 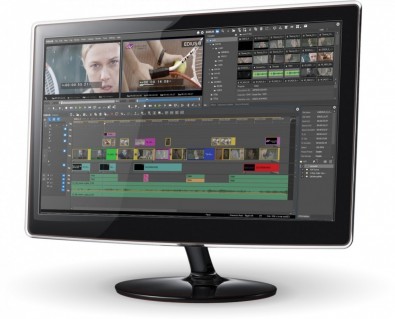 The importance of how color grading can enhance an NLE is exemplified by the November 1st release by Grass Valley of level 9 software for their EDIUS Pro edit system. Even a cursory reading of its features description highlights the importance of new color grading improvements to this NLE, especially its ability to handle High Dynamic Range (HDR) imagery—a major new challenge for color management technology—at 4K resolutions.

Grass Valley is one company that considers primary color correction to be the process of adjusting the overall color profile of a project in R, G, B. This is often based on the 3D Look Up Tables (3D LUTs) created by a project’s Director of Photography during shooting. A 3D LUT, often just called a LUT for convenience, is actually the beginning of the color grading process because it’s a file that creates a matrix representing each of the three input colors in R, G and B indexed to the desired output colors using trainer interpolation—hence the 3D appellation.

All of this information, including HDR values, are stored in metadata in the new EDIUS Pro 9 software. Then what Grass Valley calls color grading manipulates color attributes frame-by-frame within individual shots. As with other systems, this involves 3-way Y, U, V color filters controlled by individual color wheels. 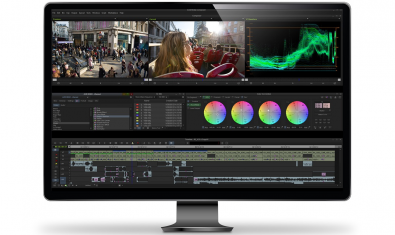 Avid’s Media Composer, first released in 1989 as an off-line editor, is a dominant player in the production of top-name films and videos.

Avid’s high end finishing system, Symphony, has provided advanced color grading capabilities since the late ‘90s. Later some of these capacities were rolled into the Media Composer. Recently Avid has made considerable improvements and added enhancements to this stalwart NLE.

Novice editors will rejoice that Avid has made a somewhat stripped-down version of their NLE available for free in the form of Media Composer | First. Software versions are available for both the PC and Mac.

Combined the feature package is quite sufficient for a student, vlogger, or for school / House of Worship applications. And you can’t beat the price. In fact vendors have discovered the benefits of letting inexperienced post production talent self-train on systems that are available as a free download. This makes a new employee far more valuable as they come into a job armed with basic and practical skills.

DaVinci Resolve 14 is available as a free download. The full-featured version’s price has dropped from $995 to $299.

It was September, 2009, when Blackmagic Design acquired the assets of da Vinci Systems, and with them came a GPU-based color correction product called Resolve. Blackmagic Design changed it from a hardware-based approach dependent on parallel processing, increased its capabilities to real time color grading, morphed the spelling into “DaVinci Resolve”—and is now giving a version of it away for free.

Actually, DaVinci Resolve had always had a sophisticated conform tool and as Blackmagic Design continued to refine it by version 12.5 the system became increasingly looked at as a nonlinear editor.

The free version lets you cut any resolution but export only up to UHD. And its color grading tools are, with the above exceptions, identical. DaVinci Resolve is a node-based solution that lets the operator swap, copy, extract or expand the imported nodes and enhance them through an improved node editor.

It features a color match tool that lets the operator shoot a color chart and adjust the white balance accordingly. On set, it can be used to convert RAW files into proxies that can be viewed on the video village monitors without elaborate transcoding.

DaVinci Resolve’s unified Y, R, G, B curve tool lets the user see all the color curves together and see their relationship to each other in 32-bit floating point accuracy. Curve grading enables the adjustment of hue, saturation and luminance of an image by picking colors from the image itself.

Part 2 of this three-part series can be found here.

Part 3 of this three-part series can be found here.