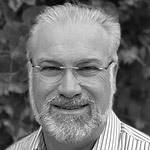 Tony Orme began his engineering career at the BBC, London, where he trained as a broadcast engineer and successfully completed the network’s intensive three-year training program. While the BBC gave Tony a fantastic grounding in engineering, moving to independent television and satellite broadcasters, including Sky and ITV, gave him a deep insight into media production and workflows. With the added experience of working in network News operations, he witnessed firsthand the demands live television places on systems and people.

Dedicated to making things happen, Tony has a passion for improving systems, making them more efficient and getting them to work better. Throughout his career, Tony designed and built interface and processing solutions to address unique problems, ones that others were unable to resolve, especially as digital television moved to MPEG compression. He gained skills in low-level embedded RTOS C/C++ programming and FPGA-VHDL, using those tools to create high-speed video and audio real-time processing solutions for broadcasters.

Based on the knowledge gained during his Research and Development years, Tony now applies these skills to help others successfully migrate their facilities from SDI-based to IP-focused media centres.

As well as being a prolific writer for The Broadcast Bridge and lecturer at the University of Surrey, Tony is currently studying part time for his PhD. 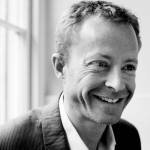 Adrian Pennington is a Journalist and Editor specialising in the creation, business and technology of moving image media. Published in The Guardian, The Financial Times, British Cinematographer, The Hollywood Reporter, Screen International, Premiere, Broadcast, RTS Television, SMPTE and IABM journals and more.

He writes white papers, case studies, blogs, press releases and online copy for a range of brands and marketing agencies. Away from all that Adrian enjoys indoor climbing, film noir, Liverpool's pubs and is in training for a marathon, the pubs not withstanding. 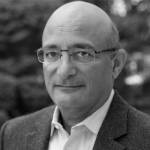 As an experienced editor working in both online and print, Michael Grotticelli has spent the last 24 years in various editorial capacities with such publications as Videography (Managing Editor), TV Technology (News editor), Television Broadcast (Editor), Digital TV (Editor), Broadcasting & Cable (Technology Editor), Broadcast Engineering (Online Editor) and one of the authors of The Guide to Digital Television, 1st, 2nd, 3rd editions. He has also compiled and edited the 3rd edition of the “American Cinematographer Video Manual,” for the American Society of Cinematographers (ASC), and also currently serves as Editor and Publisher of VideoJournalistToday.com, a website for aspiring journalists and production professionals. 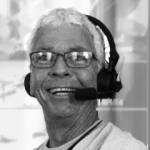 Ned Soseman began as FM radio board operator in 1964 and retired as director of engineering at KCTV5 in Kansas City. 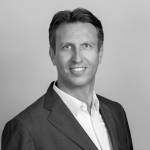 Paul Martin’s career has spanned semiconductors, broadband and broadcast industries since the late 90s, with roles in the USA, UK and Italy. He has held multiple executive leadership roles within media technology businesses, with emphasis on live production, workflow automation, linear playout and, since 2016, with CDN and OTT solutions. Paul works with growth-stage technology companies and leads the Broadcast Bridge’s OTT and D2C (Direct to Consumer) editorial series. Having held operational and commercial roles throughout his career, Paul’s focus is on the blend of technology and commercial insights that combine insights gained from working in the broadcast, telco and cable industries. 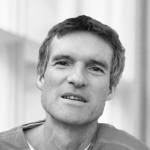 Philip Hunter has been covering broadcasting and pay TV for 15 years during a transformative period for the industry with the migration towards digital technologies and IP based distribution. He specializes particularly in OTT, mobile TV, content distribution, security and TV software. From a maths background with experience in software development and testing, Philip is well placed to drill down deeper into the technologies that are shaping broadcasting and TV during this migration towards file based systems. 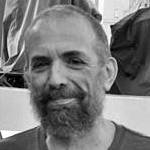 Steve Harvey, based in Los Angeles, has been a freelance writer since 1999, contributing to Mix, Pro Sound News, TV Technology, Surround Professional, Live Sound International, Audio Media, Variety and other trade publications. Starting out in the pro audio industry in 1980, based in Nottingham, England, he followed parallel paths, touring Europe and North America as a musician and working as a monitor engineer for SSE Hire. He subsequently worked for Amek, building P.A. and recording studio systems for installation in the U.S.S.R., before relocating in 1988 to take up sales then management roles at the company’s L.A. office. He later worked in marketing and sales for Martinsound and Fairlight.

Barry Braverman is a veteran cinematographer with over thirty-five years of experience in television documentaries and feature films. Notable credits include National Geographic TV Specials, music videos for Stevie Wonder, Kelly Clarkson, and Tangerine Dream, and feature films like MOONRISE KINGDOM and THE DARJEELING LIMITED. A member of Hollywood cinematographer’s guild Braverman is an expert trainer and consultant, conducting camera and video storytelling workshops for broadcasters throughout the world. His latest book VIDEO SHOOTER 3nd Edition (2013) from Focal Press explores the art and craft of video storytelling with latest-generation 2D and 3D cameras.

Bruce Devlin has been working in the Media industry for 30 years and is the Chief Media Scientist at Dalet Digital Media Systems as well as the founder of Mr MXF Ltd and co-founder of the Media Bay LLC. He is well known in the industry for his technology presentations, especially his educational YouTube series – Bruce’s Shorts. Bruce has designed everything from ASICs to algorithms. He tweets as @MrMXF chaired the SMPTE working groups and literally wrote the book on the MXF format.

David Austerberry has had a 360 degree view of the broadcast manufacturing industry: as a customer, a vendor and a commentator.

He started his career as a project engineer with the systems integration department of the British Broadcasting Corporation (BBC). He moved to the manufacturing side, originally in an engineering role, then on to product marketing. Much of the product marketing role is communicating about the technology to customers, so a change of career to one in publishing required minor changes to communicate about technology to readers (former customers), but without the commercial angle of a product manager.

An author of books on streaming and digital asset management David spent ten years editing the World edition of Broadcast Engineering magazine. He is now one of the editors for The Broadcast Bridge.

Frank Beacham is a New York City-based independent writer, director and producer who works in print, radio, television, film, theatre and on the Internet. His hands-on experience include being a documentary cameraman and owner of a film/TV production company that produced a wide range of programming for broadcast, cable, syndication and home video markets.

An accomplished author, Frank has written several books, including three on video technology for the American Society of Cinematographers. He has been a long running columnist on television and the Internet for several industry magazines. He is a strong proponent of the idea that most written web sites are evolving into video-based “television stations” that require a more professional level of video production.

Gary Olson is considered an expert in advanced media and emerging technologies. He is an advisor specializing in the transition of traditional media workflows and business processes to IP based technologies and workflows. As a designer he provides his knowledge to organizations that are implementing IP and File Based technology. His focus is the adaptation of organizational structure, staffing models and workflows to implement digital media technology. Gary has substantial experience working with project sponsors and stakeholders to help them understand the changes associated with digital media platforms and file-based workflows. Gary is a recognized industry leader with practical experience in the analysis, selection, and uses of technology and as an innovator in media technologies and broadcast design.

With expertise in IP and file based broadcast, digital asset management, interactive telecommunication, distance learning, and digital media distribution Gary has been active in many complex projects that involved the convergence of broadcast, digital media and information technology. His project portfolio includes designing the first commercial television networks for countries in Central Europe, the Caribbean and South America. He has worked for all the US major broadcast networks and cable operators; as well as numerous corporations and institutions.

Gary advises on the best use of technology in the migration and transition from traditional media technology to digital platforms in broadcast, broadband, wireless, portable multimedia and On-Demand media and information technology.

Gary recently authored the current SBE Online University course “The New Lifecycle of Media – IP and File Based Workflow and Architecture” and a white paper on The Important Role of Data in Media. His book “Planning and Designing the IP Broadcast Facility” will be available in the Fall 2014. He consults to media companies looking to optimize their broadcast and production operations to The Cloud.

Gary is a BSEE – NYIT – Communication Technology; Member of IEEE, SMPTE, SME, PMI, SOA-FIMS, NY CTO Club; serves on the Advisory Board for the Sports Video Group; and has a US Patent on Streaming Media Automation and Distribution.

John Watkinson is an independent consultant, technologist and author. He has written several books on digital audio and video technology; contributed to multiple author books; is a regular columnist for international industry publications; and has delivered numerous papers at conferences of AES, SMPTE, IEE, ITS, IOA and WinHEC.

John’s consultancy includes expertise in a wide range of services related to audio, video recording, production and broadcasting especially in digital techniques. Extensive affidavit and expert witness experience for patent and other litigation involving technology, as well as technical writing services and technology courses for management maintenance courses for technicians.

His customers include major television broadcasters worldwide. John is listed in “Who’s Who in the World,” The Writers Directory,” Contemporary Authors” and by the American Biographical Institute. He won the National Training Award for training UK commercial television studios on the introduction of NICAM stereo TV sound in 1990.

Paul Mac studied audio electronics, acoustics, and studio engineering back when you could still fix most things with a solder-sucker and a steady hand. He attended a pioneering Music Technology course created and taught by industry pros at the London College of Furniture (really) and went on to work in theatre sound, post-production, product support, studio commissioning, AV, education, and lots more.

He started in audio Journalism with a trestle-table and a Mac Classic in Cambridgeshire on The Mix magazine - part of the Music Maker Publications stable. After a spell with Future Publishing, he became the Editor of Audio Media magazine, and later - as Editor in Chief - launched Audio Media sister titles in Germany, France, and Japan.

He spent several years in the marketing department at Solid State Logic writing press releases and white papers, and producing YouTube videos. Since then he has been a freelance content creator and technology writer for the audio and video industries.

Steve Mullen Ph.D. lives in Las Vegas and has over 45 years of experience working with high technology.

Steve has a long and distinguished career in leading technology driven companies in the international broadcast market. He began his career, after teaching at the University of Minnesota and Carleton College, as a seminar development manager, R&D Systems Engineer and a Product Manager. For more than a decade Steve has been a key contributor for several industry publications.

Steve taught digital video production at Rutgers University and Electronic Cinematography at the University of the Arts. And, at Harvestworks in NYC, he taught Media 100 editing.