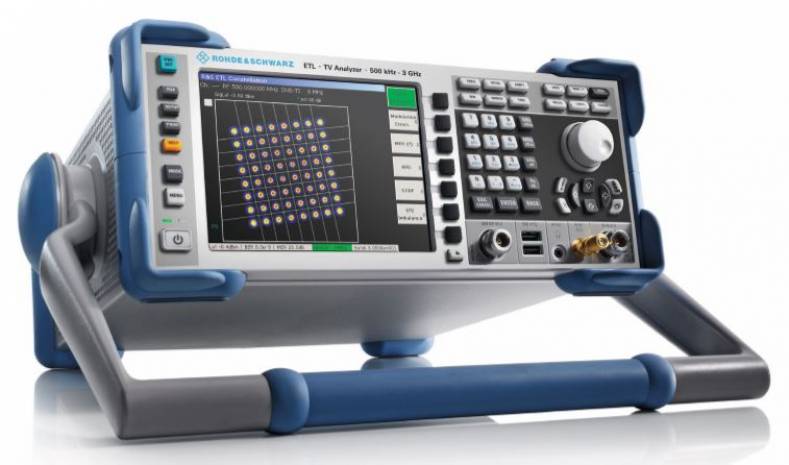 Preparing for ATSC 3.0 Test & Measurement is as simple as keeping up with the new technology that makes it easier to visualize, analyze and manage DTV transmission..

Every local TV broadcaster has a federal license, a brand, and a big RF system to deliver its content for free to everyone receiving it with a TV antenna. TV was wireless before wireless was cool, and engineers know RF is the physical bond with viewers.

TV reception quality once was subjective. People accepted analog reception issues such as snow and ghosting. If today’s local DTV signal can be decoded, everyone sees perfect pictures. DTV signals and systems are binary, perfect when working and terminal when not, and about to become more complicated.The good news is that DTV transmission is easy to objectively measure and getting easier.

Stations are beginning to agree that ATSC 3.0 is the future of terrestrial TV, and starting to think that single frequency networks (SFNs) may be the best solution for a station to take the greatest advantage of next gen TV. SFNs aren't more complicated, but they do multiply the amount of data to collect, measure and monitor.

Nearly 1000 US TV stations are getting a head start on new transmitters and antennas with repack. There’s no special design for ATSC 3.0 DTV transmitters, the change is in the exciter and post-output RF hardware power handling. However, most new transmitters and manufacturers offer significantly improved test and measurement functions then their predecessors, and most associated new T&M gear is ATSC 3.0 ready or nearly so.

Keep in mind that right now, you can count all the working ATSC 3.0 transmitters and receivers in the US on your fingers.

The carrier created in the ATSC exciter is amplified by transmitter power amplifiers and radiated by the antenna. Testing and measuring ATSC 1.0 and 3.0 RF is similar but more critical in ATSC 3.0 because it stuffs more data into the same bandwidth.

Several manufacturers have gear ready to measure all things critical to ATSC transmission and reception, ready or near-ready for ATSC 3.0. Many include monitoring RF layer QoS. Some use deployable probes.

For example, deploying Qligent Vision software-driven probes across a network will reveal the real picture of a channel to the last mile.

Vision collects, aggregates, visualizes, and provides real-time alerts and notifications of QoS and QoE issues throughout the Vision network. It follows up with template-based customizable analytics that include service-level metrics, trending and data reports. 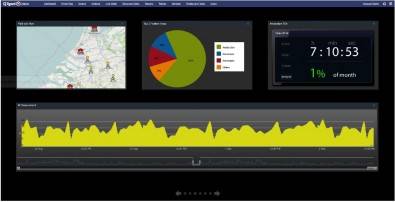 Vision-ATSC3 will provide broadcasters with an easy-to-use workflow to correlate and analyze multi-layer data from nine distinct points along a signal path. This path spans from the broadcast gateway input sources to the antenna RF output, and will help broadcasters obtain a clear picture of cause-and-effect related to system problems and configuration changes.

Optimization tools are used to establish a baseline proof-of-performance. Vision-ATSC3 is a software-based solution, and can be deployed right now to baseline ATSC 1.0 performance, providing oversight during the migration to ATSC 3.0.

The Avateq AVQ1020ATSCis a 1RU probe with an antenna connector designed to receive ATSC 8VSB. It too has been designed as an easy-to-use and cost-effective solution for monitoring digital transmitter system performance.

The receiver can be integrated into a transmitter system for remote monitoring applications or used as a stand-alone unit during design verification, production tests and system calibration. It monitors digital transmitter system performance and transmitted signal quality to ensure consistent QoS. 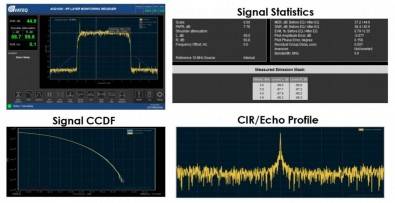 The receiver allows not only monitoring signal parameters but can also be used for estimation and characterization of the transmitter system performance such as distortions introduced by the amplification and filtering chains. The unique functionality allows the receiver to be also used for estimation of critical RF parameters of high power amplifier performance using real broadcast signals.

The AVQ1020ATSC is a remotely accessible from multiple interfaces and it includes a completely programmable alarm system. It can also be set up to control the main components of a transmitter system in case of an emergency. 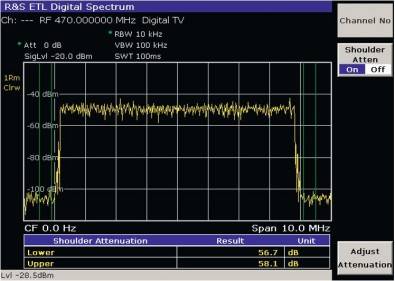 The R&S ETL is a portable test instrument that combines the functionality of a TV RF signal analyzer, a video and MPEG TS analyzer, and a 0.5 MHz to 3 GHz spectrum analyzer in a single device.

TheTriveni Digital plays a leading role in developing the ATSC 3.0 candidate standards. The StreamScope XM MT is an ATSC 3.0 broadcast stream analyzer designed to make the transition from 1.0 to 3.0 easy. 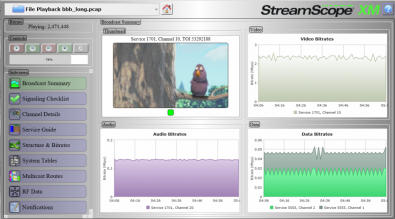 With ROUTE and MMTP encoding options, StreamScope XM MT enables broadcasters to prepare for trials and early deployments of next-gen TV. It can perform detailed analyses of ATSC 3.0 streams and data structures, and IP and RF parameters. It ensures that RF, Ethernet, and file-based data streams fully comply with ATSC 3.0 standards and meet viewer QoE expectations.

The company also makes GuideBuilder 5.1, a management platform for generating standards-compliant EPGs and other metadata for DTV networks. For broadcasters, it is a unified system for generating PSIP, DVB-SI, ATSC-M/H and M-EAS metadata.

Finally, ATSC 3.0 is focused on delivery, it will likely be fed from new IP-centric studios, which require their own set of test and measurement solutions. One company, Bridge Technologies, offers the VB440-V, a dual 40 Gigabit Ethernet virtual probe. The probe monitors high density IP media traffic in core media networks, production studios, outside broadcast and master control centers. The probe can help engineers quickly identify and solve problems affecting Quality of Service (QoS).

The probe has dual 40 Gigabit Ethernet interfaces – giving it an effective throughput of 80 Gigabits. Its support of SDIoIP (SDI-over-IP) gives network operators and digital media organizations an analytics solution that can monitor thousands of streams and multiple technologies both in real-time and in parallel. Providing SDI analytics from 270MBit to 12GigaBit requires packet accuracy in the nanosecond range, a capability already built in to the company's IP probes.

The start up of ATSC 3.0 is almost upon us. Engineers need to plan and budget for this new range of test equipment. The adage that "Test equipment is the last thing to be added to a budget and the first thing to be dropped," is a recipe for disaster.

The Broadcast Bridge will help you keep abreast of the newest T&M technology and manufacturers supplying them. Learn what type of solutions you may need and how to apply them in an ATSC 3.0 and IP world that is just around the corner. 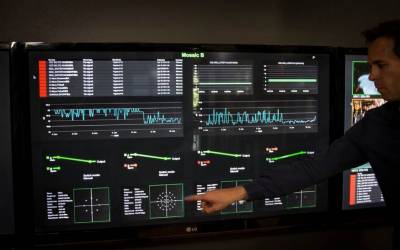 Without standards, the world would be a very difficult place to live in. There are many kinds of standards that affect almost every aspect of live – technology is just one of those areas. We can consider language as a kind o…