ATSC 3.0 is a package of new television standards designed to bring broadcasting into the Internet age. But it is not backward compatible, which makes its controversial. In this edition of Viewpoint, Mike Chapman, a business expert on television with the consulting firm, Accenture, predicts how he believes ATSC 3.0 will develop.

ATSC 3.0 is a package of new television standards designed to bring broadcasting into the Internet age. It will include UltraHD video with a screen resolution up to 3840 × 2160 at 60 fps, high dynamic range (HDR), wide color gamut, high frame rate (HFR) and rich, immersive multi-channel audio up to 22 channels.

The standards, now well along in development by the ATSC committees, has the goal coming as close as possible to linking physical, streaming and broadcast media. Adoption of the new technology will be a seismic industry shift. With Internet connectivity, television programming will for the first time move beyond viewing on a traditional TV set.

Because ATSC 3.0 will be incompatible with current broadcast technology, it means an entirely new television broadcast system will have to be built. This undoubtedly makes it controversial. Yet, as its proponents argue, it is indispensable if traditional broadcasting is to survive into the future.

Moving toward completion at the end of this year, broadcasters who don’t sell out during the FCC auctions will then have to make a decision whether they buy into this future technology or remain with their current operations. 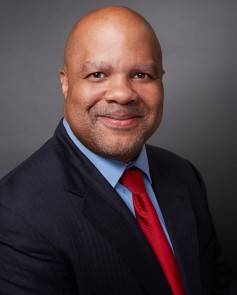 For a crystal ball into the future of ATSC 3.0, we asked Mike Chapman, Managing Director with Accenture Strategy, a global professional services company with an expertise in strategy, consulting, operations and digital technology. Chapman is an expert on the television business who is in Accenture’s Communications, Media and Technology industry group in North America.

The Broadcast Bridge: Mike, obviously you hear a lot of discussion from your television clients about ATSC 3.0. What’s your take on it?

Mike Chapman: I see ATSC 3.0 as an opportunity for broadcasters to redefine their future and their roles in the video ecosystem. They will have the opportunity to bring the capabilities of what we have seen from the most advanced digital players to their own viewers. With ATSC 3.0, broadcasters will finally get parity with competing providers. I see this as a way for them to re-engage and reinvigorate their businesses for the next decade.

The Broadcast Bridge: After the FCC spectrum auctions, do you expect to see the remaining commercial broadcast stations adopting ATSC 3.0 or is this a new technology for a completely new breed of media business?

Mike Chapman: I think the early adopters of 3.0 will be the larger media companies and broadcasters. From what I see in the industry, some of the larger players are already thinking about the possibilities of 3.0. They are considering the new business models and capabilities that the standard will provide to them and what the technology will do to drive their revenue growth.

However, around the smaller operators, questions still remain. If I were a small operator, I’d be asking how do I view myself in the broader video ecosystem — a system now being driven by new technologies and one where the consumer is demanding greater capabilities and functionality on devices beyond the typical TV screen. The small players have to ask how do they remain relevant in a new video environment where consumers are demanding access to programming any time, any place and on any device.

The Broadcast Bridge: Is there a way for a small local broadcaster — focused on a single community as in the old days — to utilize ATSC 3.0 in a way that can be financially successful?

Mike Chapman: I see a collective forming around smaller broadcasters where they pool their efforts and resources so they can take advantage of 3.0 technology in a cost efficient and steered manner. That is a new model that we will begin to see emerge. It will allow smaller TV station operators to succeed in their local communities.

The Broadcast Bridge: Yet, you also see new companies emerging from scratch to take advantage of 3.0 technology?

Mike Chapman: Absolutely. When you think about what 3.0 offers — like data collection and new forms of advertising — these are not core capabilities possessed today by even larger media companies. I see a set of companies emerging that will provide these services to broadcasters of varying sizes.

One of the things that’s going to be difficult for small companies is how to take advantage of the technology without shouldering all of the investment. So I believe you will see new entities who will begin to offer a variety of managed services across multiple smaller broadcasters.

The Broadcast Bridge: How do you see the lack of backward compatibility of the technology influencing adoption of ATSC 3.0?

Mike Chapman: That’s a question that is asked by our clients as well. We’ve had the HDTV standard in place for over a decade now and it has served us well. Now when we look at the cost of devices — especially television sets and mobile tablets — the prices have come down substantially. It is a lot more palatable from a consumer perspective to purchase viewing devices now versus when HDTV first hit the market and TV sets cost over $1,000 for the basic models.

We are in a different paradigm now from a consumer device perspective. Backwards compatibility has become less of an issue. Some folks won’t have the means to get involved with 3.0 and that’s a question that I know a lot of providers are considering. But I think that number is smaller than when we went through the last transition in broadcasting.

The Broadcast Bridge: Do you have any predictions on how long it will take from the time of adoption of ATSC 3.0 until it starts to have an impact in the marketplace?

Mike Chapman: If the larger broadcasting groups move aggressively, as I think they will, I could see us beginning to get some traction within two to three years. Some smaller and fringe stations would not be onboard. Within five years, I think we’d have 80 to 90 percent of the U.S. population on board.

For 3.0 to work, it is predicated on mass adoption. Not only by the broadcasters, but the consumer electronics manufacturers and the service providers. All of these entities need to come together for 3.0 to be successful in the marketplace.

Everything I’m seeing suggests that is starting to happen. The majors that I work with are behind it. Like every industry, there are those who want to take a wait and see stance. But I will tell you the players I deal with want to get ahead and are seeking ways to monetize ATSC 3.0.