Artificial Intelligence, AI. Sometimes, with IT systems, you need all the help you can get.

AI. Artificial Intelligence. While widely discussed in the geek circles, mainstream has yet to appreciate the benefits it can bring to today's test, measurement and monitoring applications. This is especially the case with IT networks.

Everyone is talking about AI – artificial intelligence. It’s nothing new: the concept of creating machines that can mimic human reasoning goes back many years. To even begin to do that, however, hugely powerful mainframe computers were necessary – and the problem was exacerbated by the demands of Lisp, the favoured language of AI researchers and developers. This saw the development, back in the 1980s, of highly specialised computers that were optimised for Lisp from companies like Symbolics and Texas Instruments all of which greatly reduced the cost of AI development.

Within a very few years after their introduction, Lisp machines were defunct. Why? Because Moore’s Law got to work on general purpose computers such that they were very quickly more capable of running Lisp than those very specialist machines. In fact, by the late 1980s, even PCs outperformed dedicated Lisp machines. As such, it made no sense to use Lisp machines any more, when the alternative was more powerful, more flexible – and significantly more affordable.

What has this got to do with the broadcast industry? Historically, the broadcast industry has also had very specific, very demanding requirements – and has responded with unique technologies and products designed to solve those problems. Take SDI, for example. First standardised by SMPTE in 1989, it addressed the need to move broadcast-grade video around at the speeds we needed to move it. And: as frame rates and resolutions have grown, so SDI has grown to support them. 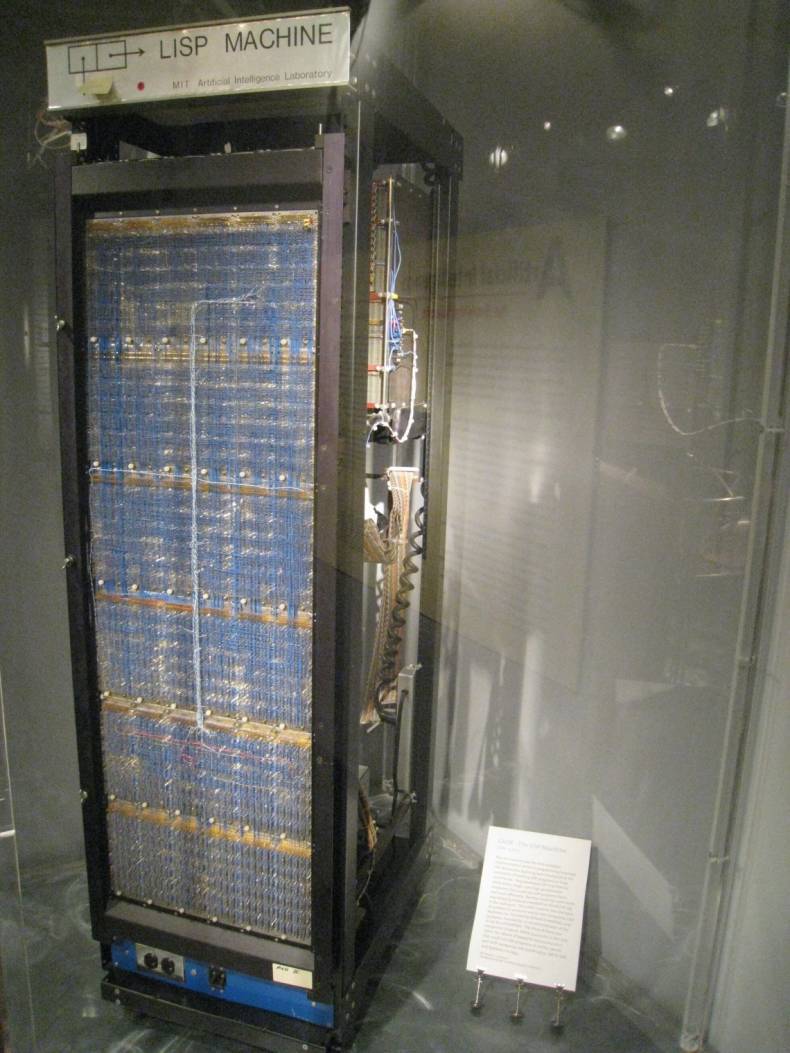 An early LISP machine. Note that they were called machines, not "computers". Image: Massachusetts Institute of Technology.

But, as with Lisp machines, technologies have become available that deliver equal or better results – and have advantages in terms of flexibility and affordability. I’m talking, of course, about IP – perhaps the most visible sign of the progressive so-called IT-ification of our industry, and around which everything revolves.

The fact is that we are now, more than we have ever been, a networking industry – and IP represents a huge opportunity for us to do what we do better, faster and more cost-effectively. From the drones that capture previously unthinkable images, through ultra HD cameras and sound recording, to in-studio networks and edit suites, to delivery to the multiple devices that consumers now use, IP is a truly unifying technology – or soon will be.

Of course, change is never without challenges – and that’s certainly the case with IP. We are also, to an extent, dealing with fear of the unknown. And: IP is unknown – to a greater or lesser extent – in the broadcast industry. But, on the upside: IP knowledge and experience are everywhere: whatever the problem you’re looking to solve, the chances are that someone, somewhere – although perhaps not in the broadcast industry – has solved it.

The key thing about IP networks is that they are packet-based, and in broadcast that typically means video. However, it is important to be able to monitor all types of traffic on a network and this requires IP-centric test equipment. Click to enlarge.

The key thing to understand about IP networks is that they are packet-based. Each piece of data – and, in our business, the packet payload data will typically be video – is, in effect, encapsulated as a packet. However: video is far from the only IP packet type that exists. Also present will be packets providing service discovery, routing updates, web GUI traffic and even file downloads. Any of these can impact the passage of video packets through the network.

What’s important, if IP network performance is to be optimised, is to develop an understanding of what’s going on with those packets. How many? Of what type? Are they travelling at an approximately constant speed? Are they all arriving at their destination?

The good news is that specific tools are available that help broadcast and network engineers develop a better understanding of the IP-based networks that are, increasingly, at the heart of their operation. A network probe, such as the Bridge Technologies VB330, can monitor and analyse thousands of streams and a multitude of technologies in real-time and in parallel. It is very much a multi-use tool that monitors network performance including video IP multicast, video OTT/ABR streaming, voice trunks, video-on-demand unicast, Ethernet packet micro bursts, PCAP recording and general traffic protocol inspection.

Why is this such an important tool? Simply: it enables engineers to identify anomalies in the network before they result in some form of service outage or compromised QoE, and allows appropriate remedial action to be taken. For engineers not yet 100% up-to-speed with the intricacies of IP networking, however, the information that the probe makes available can still seem complex and confusing. 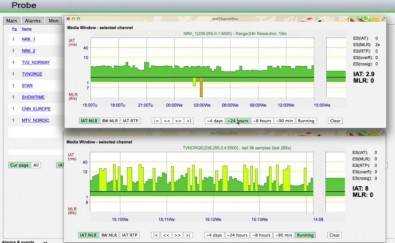 This MediaWindow displays two media services being compared side-by-side. Even more important is that this test device enables an engineer or technician to drill down into a network to view multiple parameters across more than once service. Such T&M capability makes monitoring and servicing IP networks easier and more accurate. Click to enlarge

Help is at hand in the form of MediaWindow, which is designed to make complexity simple by taking the output from the probe and representing it in a visual manner.

For example: when transporting MPEG data across an IP network, engineers would typically closely monitor two parameters in particular: packet loss and packet jitter. If there is no packet loss, and if packets are transmitted at a reasonably even pace through the network, the signal will almost certainly be received without transmission errors, and optimum QoE will result.

MediaWindow provides a visual representation of those key behaviourisms. It displays MPEG over IP traffic performance in a single, composite graph; packet loss and packet jitter are indicated in opposite directions from a base line. Different colours show the network status, and time-flow graphing ensures that both current and historical data are represented. Together, these techniques result in a graphical user interface that is packed with essential information, yet intuitive and easy to read.

Developing proficiency in how an IP network operates is one of the challenges that our industry faces as it transitions to this new, IT-derived paradigm. However, some might ask: “But everything worked fine with what we had before – why do we need to change?”

In my mind, change is not only necessary – it’s highly desirable. Because IT networking is now ubiquitous – a true industry standard (although, again, perhaps not yet in our business) – the infrastructure has, in many ways, become commoditised – which means that it’s a very competitive market for vendors, who must differentiate their offering by delivering incrementally-improved price/performance with astonishing frequency. The cost of operating a broadcast network is only going to get less and less. In fact: IP has the potential to reduce the costs of the entire broadcast workflow – not just the network. Who wouldn’t vote for that?

Beyond that: IP offers both simplification and flexibility. And, most compelling of all, it future-proofs our industry: IP lays a foundation that will stand us in good stead for decades to come. As such, some short term minimal pain for some long term enormous gain is a hugely worthwhile investment.

If only those Lisp machine manufacturers had seen the future so clearly…. 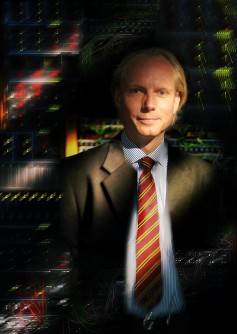 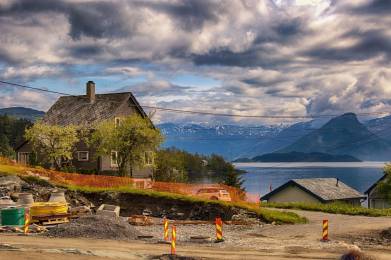 The Duchess of Windsor, the American wife of the man who was previously England’s King Edward VIII, famously said: “You can never be too rich or too thin”. If she’d lived in the 21st century, she might have added: … 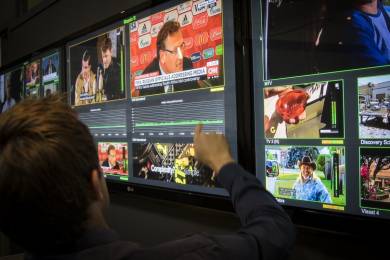 How does one prevent network problems? The first thing is to understand what’s going on in the network. That may sound obvious – but, in fact, for anyone coming from the world of SDI, it presents more of a challenge tha…