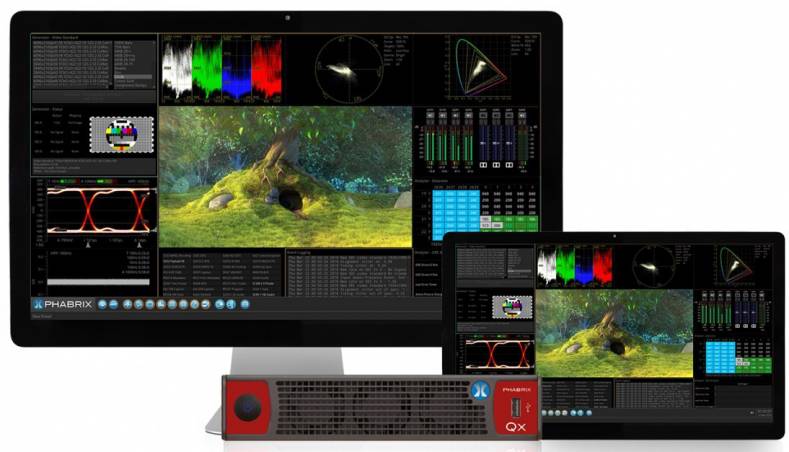 The purpose of any physical layer serial digital interface (PHY) is to transmit or receive data whilst preserving that data’s integrity. In practical systems the major cause of bit-errors is random noise. To stress test such systems, it is necessary to both generate a “noisy” bit stream and then analyze the output from the interface to determine the bit-error rate which represents the integrity of the data.

What Are PRBS Sequences?

A PRBS sequence is a series of digital 1’s and 0’s that is statistically random within the sequence length. This type of sequence shows no correlation between adjacent bits and as such can be considered a “worst case” stress test signal for testing serial digital interfaces. If the interface can handle a “noisy” random sequence of bits without generating bit-errors, then we can be confident that it will be able to handle “clean” non-random sequences.

Although a PRBS sequence demonstrates random behavior, it is in fact generated deterministically and the bit sequence will always be the same when repeated. As an example, a PRBS7 sequence has a word length of 7-bits and will generate a sequence length of 2^7 - 1 (127) bits, which is repeated indefinitely by the pattern generator. In general, any PRBSk sequence will have a word length of k bits and a sequence length of 2^k - 1 bits. It is this combination of both deterministic generation and random bit pattern that make these sequences ideal for testing interfaces. Because the BERT analyser knows what PRBS bits were generated, it is relatively straight forward to conduct a bit-error count on the interface’s output bit stream. The general signal flow is shown in Figure 1. 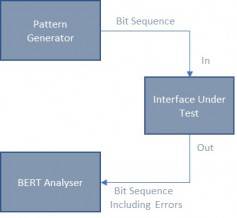 Which PRBS Sequence Should I Use?

PRBS sequences can be generated using a range of sequence lengths. The PHABRIX Qx Stress Test toolkit offers PRBS7, 9, 15, 23 and 31. These range in sequence length from 127 bits (PRBS7) to 2,147,483,647 bits (PRBS31). The ITU-T 0.150 specification - general requirements for instrumentation for performance measurements on digital transmission equipment, makes the following recommendations for these sequences (see Table 1, below).

Running a PRBS sequence once, without repetition is unlikely to result in the generation of any bit-errors, so ideally the sequence should be repeated long enough to generate a minimum of 100 bit-errors. This will ensure that a statistically valid data sample provides an accurate bit-error rate measurement. With short sequence lengths, the pattern is repeated many times, which has the effect of reducing the randomness of the signal, especially at higher bit rates.

Long sequence lengths offer more randomness, which further stresses the interface, leading to a higher likelihood of inducing bit-errors. However, they have the disadvantage of taking a longer time to complete the entire sequence, which can be a significant issue at lower bit rates.

As a result, it is generally recommended that short PRBS patterns be used at low bit rates and long PRBS patterns be used at the highest bitrates. For SDI applications it is most common to use the PRBS23 sequence (8,388,607 bits). SDI interfaces may be designed to demonstrate bit-error rates of better than 10^-12 when stress tested in this way. With a target BER of 10^12, using a PRBS23 sequence to stress test a 3G SDI interface, we can expect one bit-error approximately every 5 to 6 minutes, which implies a total test time of around 9 hours to generate the desired 100 errors.

To reduce test times, it may be acceptable to either reduce the number of detected errors below 100, or to test against higher BER target, perhaps better than 10^-10 for 3G SDI. For validation testing purposes, it is reasonable to test for better BER performance at higher bitrates, say better than 10^-11 for 12G and 6G interfaces and worse BER performance of say 10^-9 at SD bitrates.

Although, under stress test conditions, with a 3G SDI interface we may expect to generate one bit-error every 5 to 6 minutes (around 15,000 to 18,000 frames at 50 frames per second), under non-stress test operational conditions, we would expect to see no bit-errors (as indicated by CRC errors). SDI systems normally operate in an error free environment and it is only under conditions of excessive jitter or noise that we may expect to see bit-errors. See Table 1 for a summary of performance criteria.

Table 1. Typical test sequences, and where most appropriate to apply.

How Are PRBS Sequences Generated?

Here are the PRBS sequences offered by the PHABRIX Qx Stress toolkit: 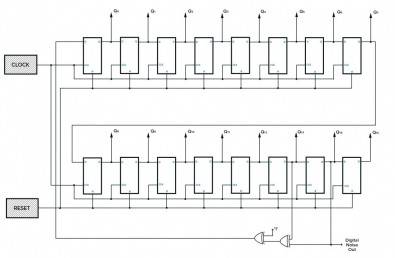 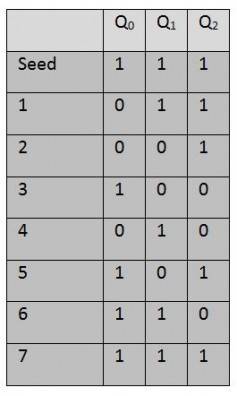 As a side note, linear feedback shift registers are also used in the implementation of SDI scramblers, which are intended to avoid a long series of logic 1s or 0s appearing at the SDI interface. This is to minimize the DC component of the signal and to ensure that the signal reaching the receiver has a sufficiently large number of zero–crossings to permit reliable clock recovery.

What is the best signal type to choose for eye diagram testing SDI interfaces – bars, zone plate, sports action, or something else?

To answer that question, it is important to recognize that a properly constructed eye diagram consists of all possible combinations of 1’s and 0’s including isolated 0’s and 1’s after long runs of successive 1’s and 0’s. Any deviation from such a signal type will give different results for both vertical and horizontal Eye opening.

PRBS patterns are a suitable source of such pseudo-random combinations of 1’s and 0’s for eye diagram testing. Shorter PRBS word length patterns will give shorter runs of successive 1’s and 0’s (all 0’s being Illegal), so it recommended that longer patterns such as PRBS15 and PRBS23 are used. The results of any test should state which pattern was used so the test can be repeated.

PRBS sequences generate a “noise-like” signal, which is an industry-wide accepted method of generating bit-errors in serial digital interfaces such as SDI. They provide a more flexible and complete method of stress testing serial digital interfaces than the use of pathological signals and jitter insertion alone, although both PRBS and pathological signals have their application in qualifying interface performance. PRBS sequences are also a suitable signal type for eye diagram testing.

Because PRBS signals are compatible with non-broadcast specific test equipment, it is possible to obtain confirmation of test results using such general-purpose test equipment. The PHABRIX Qx SDI STRESS toolkit provides a complete solution for the test and validation of SDI interfaces. It also provides various PRBS patterns (PRBS7, 9, 15, 23 and 31) suitable for use with a wide-range of bitrates, along with a built-in BERT Analyser tool.

Also included are control over eye amplitude (+/-10%), pre-emphasis, signal polarity, output mute, and SDI scrambler. These operate in conjunction with a video pattern generator to overlay SDI pathological signals and to insert SDI jitter (10Hz to 10MHz) into the signal, along with a pathological EQ/PLL condition detector with real time trigger over GPI out.