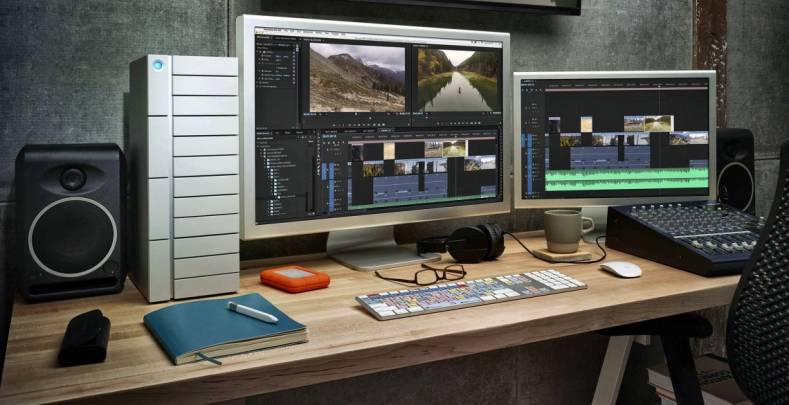 The benefits of multi-drive setups for video editing include added storage capacity, improved drive management, data protections and, in many cases, improved read/write speeds. Many stores sells drives to video editors and offers some recommendations for smaller scale editing systems. 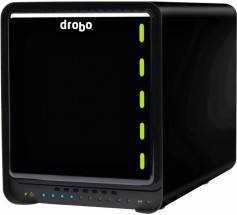 For building a personal drive system, a diskless DAS such as the Drobo 5C with a USB Type-C connection is a good place to start. It offers five bays for 3.5-inch SATA drives and BeyondRAID for single- and dual-drive redundancy options.

In case one or two drives fail, the user is protected. A built-in battery minimizes data loss during power outages and other features keep video footage safe. For maximum speed, however, check out the Drobo 5D3 with Thunderbolt 3. It offers many of the same features plus the advantages of Thunderbolt 3 with power delivery and daisy-chaining. 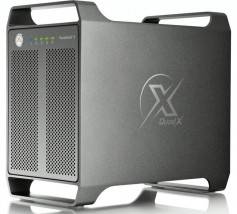 An alternative to the Drobo storage units could be the Akitio Thunder3 Quad X RAID Array Enclosure, which supports four drives in a RAID 0 configuration. RAID 0 means that all the drives are being read/written to simultaneously, providing transfer speeds far greater than what a single drive can achieve — in this case up to 1480 MB/s with speedy SSDs.

For users not wanting to build their own array, there are pre-made units available, like LaCie’s 2TB to 16TB RAID arrays. Thunderbolt 3 and USB Type-C are available to support the latest systems and, depending on the unit, they support different RAID options so users can choose speed, protection or a balance of the two.

Working in editing environments with multiple users introduces a new set of storage problems to consider. The simplest of these has to do with giving everyone access to all the files they need, which is where Network Attached Storage (NAS) comes in.

The simplest explanation of these devices is that they are connected to the network via Ethernet and then can be accessed by multiple computers across a local network. Beyond this, they function in a somewhat similar manner to DAS drives. They hold multiple standard hard drives, can be configured in RAID and have built-in backup and processing options.

With this type of system consider starting with Synology’s DiskStation NAS Enclosure series, offering the two-bay DS218+, four-bay DS918+, six-bay DS1618+ and the massive eight-bay DS1817+. Many RAID options are available for each model and mobile apps allow remote support. They have the ability to set up as many as 2,048 users and integrated processing helps get everything set up and running smoothly.