The new AMWA Labs initiative will encourage more collaboration among the Association’s members.

For the past several years the Advanced Media Workflow Association (AMWA) has been focused on developing and testing several fundamental specifications needed to ensure success in an IP environment. Without these specs, the group said, nothing works.

After tackling the handling of professional media in a file-based domain in recent years, the group is now focused on the industry move to IP-based architectures. Specifically, it is looking at what it calls “cloud-fit” data center and streaming technologies that can be easily implemented to ensure interoperability and reliable operations across a variety of networked environments.

To support this specification work, AMWA has launched a new “AMWA Labs” initiative that, like its existing Networked Media Incubator project, will look to stimulate research and development work among AMWA member organizations—broadcasters like the BBC, Fox and PBS; and manufacturers such as Adobe Systems, Avid, Canon, Cisco, Ericsson, Imagine Communications, Snell Advanced Media, Sonyand many others—that are inventing new IP-based technologies. Initially it will focus on practical implementations and the development of the Networked Media Open Specifications (NMOS). 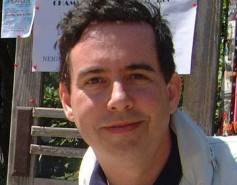 Brad Gilmer, Executive Director of AMWA wants to get working implementations of cloud-centric processes out in to the industry for comments and feedback.

NMOS is a series of business-driven specifications for professional media applications in an IP-based environment, Gilmer said. The existing specs already on the books have to do with discovery and registration of capabilities on a network, connection management (e.g., how to tell one device to connect to another in a networked environment) and a network controller API to allow users to control the behavior of their networks.

“Our goal is to further expand the NMOS toolbox to satisfy the rapidly evolving business needs of the media industry,” Gilmer said.

The results of these lab projects will help with the formal work of a new AMWA specification on choosing technologies and strategies that work well in the a remotely located facility.

“AMWA member Dr. Richard Cartwright [Principal Software Architect at the BBC] came up with the term ‘cloud-fit’ and it means that these particular applications are fit to be run in a cloud environment,” said Brad Gilmer, Executive Director of AMWA. “Broadcasters that are used to working in a black box environment are facing the need to migrate to some form of servers in a cloud environment. This latest work within AMWA is focused on solving the challenges in doing that successfully.”

Available to AMWA members around the world, Gilmer said the new labs provide a learning opportunity and an unconstrained environment to consider how Discovery, Transport and Compression will work, while taking into consideration security for media content from the beginning and throughout the entire production and distribution process.

“So, if you have a camera, a monitor and an SDI router, it’s easy to know where the signal is going and how to move it around,” Gilmer said. “If you have an IP camera, an IP router and an IP monitor, where’s the control panel? Where’s the information that allows that camera and that monitor to be discovered on a network? What’s the language that gets spoken to connect the camera to the monitor like we used to do in the SDI world? That’s what AMWA is focused on?” 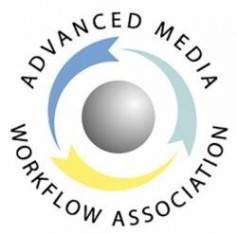 The AMWA is a participant in the Joint Task force on Networked Media (JT-NM)—along with standards organizations SMPTE, the EBU and BSF—that is working on a fully integrated approach for this technology development.

All of the latest work done by the AMWA will be part of the eagerly awaited SMPTE 2110 specification detailing the reliable transport of audio and video signals over an IP infrastructure. Gilmer said work within AMWA on the Discovery and Registration piece is already done (called ISO-4) and a defined spec based on the work done in the labs should be complete by the April, 2017 NAB Show.

As for the timing of the industry’s migration to IP, Gilmer said much of the invention is done, but real-world implementation is still up in the air.

“Broadcasters are being cautious,” he said, “as they should because there’s no guarantee of interoperability between vendors. Some AMWA members will work actively within the ‘lab’ structure to see if it’s really possible to do what many are saying can be done in the cloud with media. We hope to achieve that these theories are true or to find out that there are challenges and things we need to be aware of. We’ll then publish these queries and put them before AMWA members for analysis.”

The work within AMWA complements that of other well-established technology associations, such as the Audio Engineering Society (AES), the European Broadcasting Union (EBU), the Society of Motion Picture and Television Engineers (SMPTE) and the Video Services Forum (VSF).

AMWA continues its support for the Media Exchange Format (MXF), the Advanced Authoring Format (AAF) and the Framework for Interoperable Media Services (FIMS).

The whole point is to ease the transition to an IP environment for media and increase interoperability among different vendors’ technology.

“A lot of the stuff that AMWA does is software-based at the highest level of the hierarchical stack and thus extremely fast moving, in terms of development,” Gilmer said. “We have found it’s best to get the working implementations out in to the industry for comments and feedback. Then we move on to the next set of problems.”

​The Advanced Media Workflow Association (AMWA) has created the Networked Media Incubator (NMI) to deliver a framework for IP based media systems using interoperable and open specifications for IP infrastructures.